TMG Partners is privileged to work with a board of advisors represented by regional and world leaders in real estate, technology, government and finance. 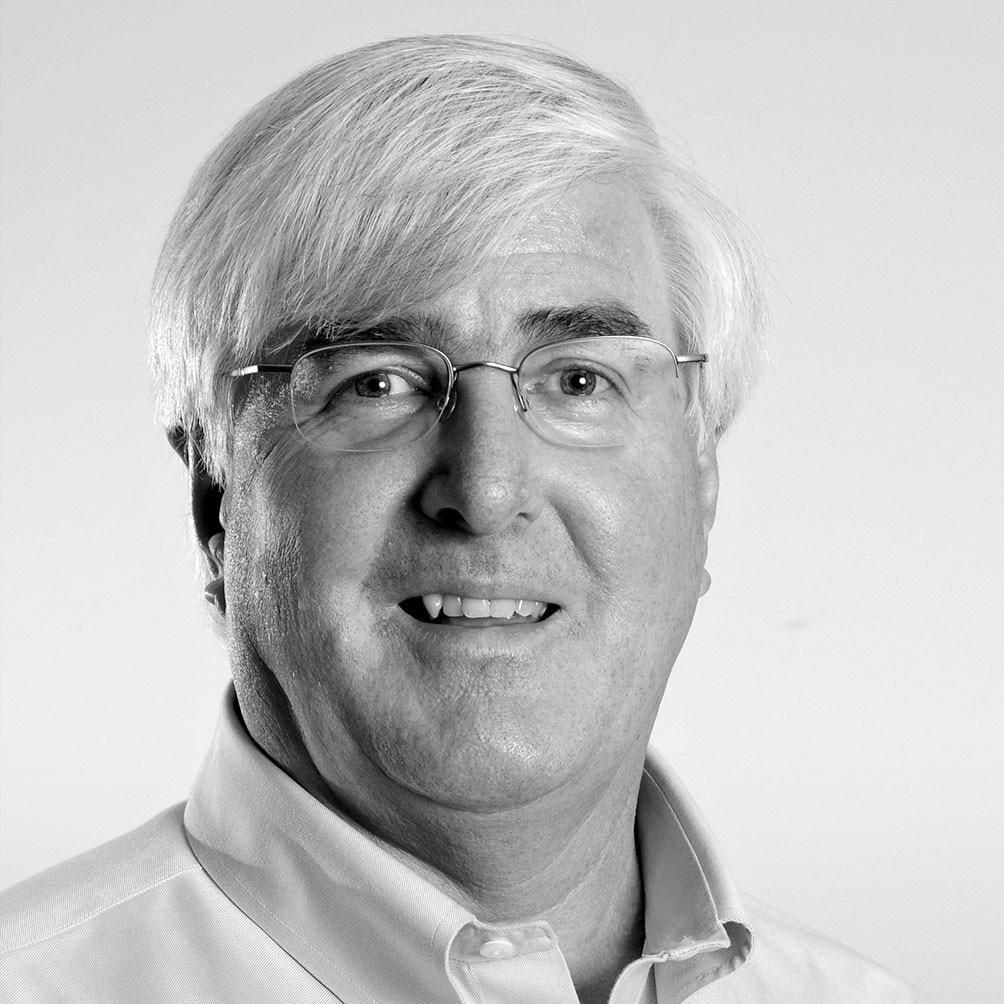 Ron Conway is the Founder and Co-Managing Partner of SV Angel. Ron has been an active angel investor since the mid 90’s. He was the Founder and Managing Partner of the Angel Investors LP funds (1998-2005). He was included in 2010’s Vanity Fair 100 most influential people in the Information Age. He was awarded Best Angel at The 2009 TechCrunch Crunchies Awards. He was named #13 in Forbes Magazine Midas list of top “deal-makers” in 2011. Ron was with National Semiconductor Corporation in marketing positions (1973-1979), Altos Computer Systems as a co-founder, President and CEO (1979-1990) and took Altos public on Nasdaq in 1982 and served as CEO of Personal Training Systems (PTS) (1991-1995). PTS was acquired by SmartForce/SkillSoft (Nasdaq SKIL).

Philanthropically, Ron is a Board Member of the Salesforce.com Foundation, and member of the UCSF Medical Center Chancellor’s Advisory Board in SF, and is active in fundraising for the UCSF Benioff Children’s Hospital, College Track, Sandy Hook Promise-Newtown CT, Americans for Responsible Solutions-Gabby Giffords, and the THORN Foundation. Ron is an advocate for technology companies and civic engagement in San Francisco and founder of sf.citi (San Francisco’s tech-backed civic organization). Ron is also an advocate for immigration reform and a co-founder of FWD.US. 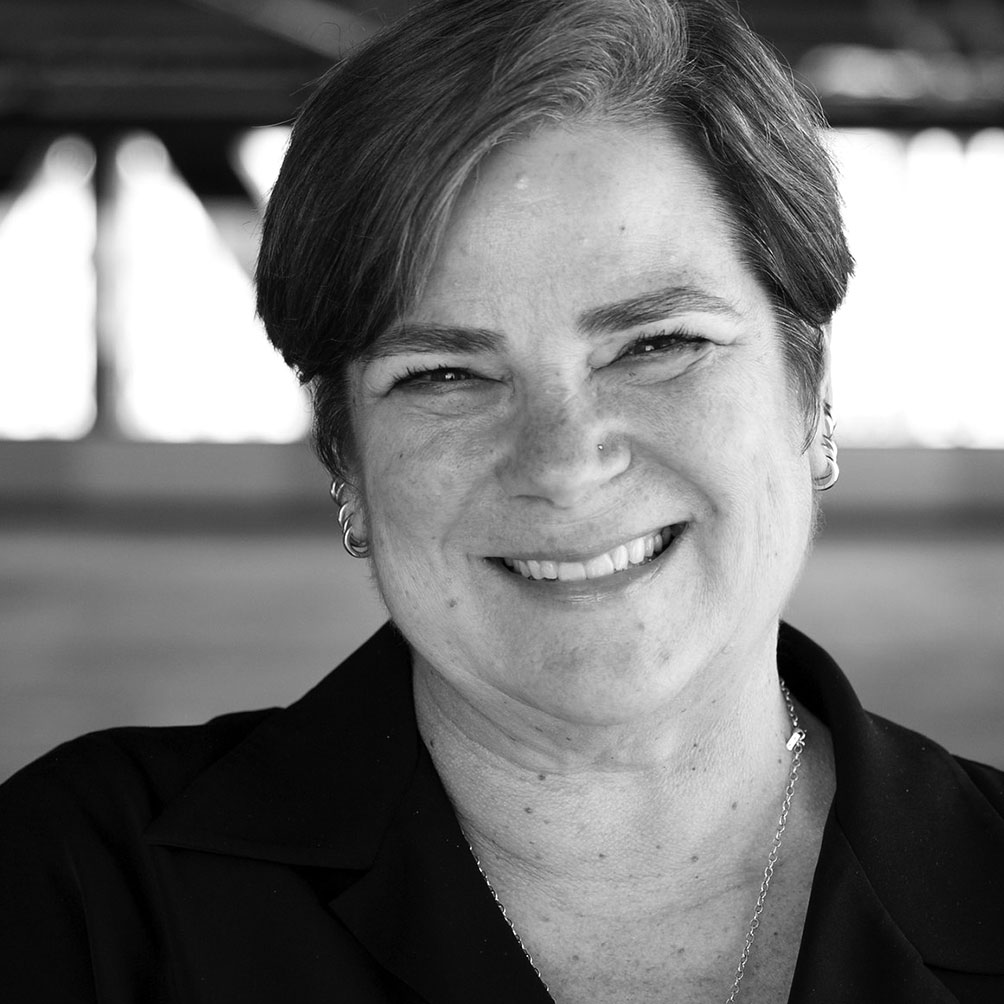 Kathryn Hall is Founder and Co-Chair of Hall Capital Partners LLC, and she is a member of the firm's Executive Committee and Investment Review Committee. Before founding the firm in 1994, Ms. Hall was a General Partner of Laurel Arbitrage Partners, a risk arbitrage investment partnership that she founded in 1989. Prior to that, she was a General Partner of HFS Management Partners (predecessor to Farallon Capital Partners), HFS Partners I, and Hellman & Friedman. Ms. Hall began her career at Morgan Stanley where she worked in both the risk arbitrage and mergers and acquisitions departments.

Currently, Ms. Hall serves as Chair of the Board of Trustees of The Andrew W. Mellon Foundation. Additionally, she serves on the Board of Trustees and the Investment Committee of the San Francisco Museum of Modern Art (SFMOMA), and is Chair of the Investment Committee of the Smithsonian Institution. Ms. Hall also serves on the Board of Directors of the McEvoy Group, the San Jose Earthquakes, and Ariat International. 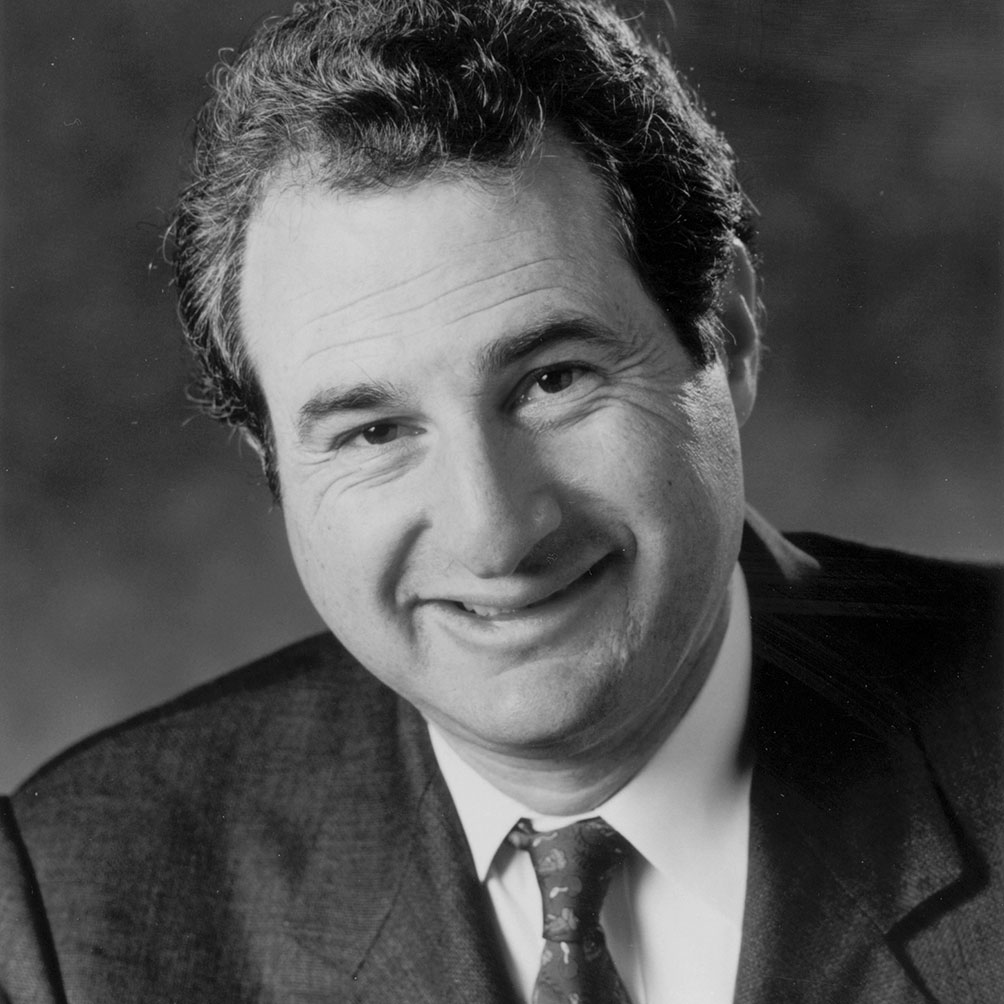 Ken Rosen is Chairman of Rosen Consulting Group, a real estate market research firm, Chairman of the Fisher Center for Real Estate and Urban Economics and Professor Emeritus at the Haas School of Business at the University of California, Berkeley. Mr. Rosen is also a trustee of the Urban Land Institute and a member of the board of directors of several non-profit and for-profit entities that deal with real estate finance and development. He has authored over 100 articles and four books on real estate and real estate finance.

He was formerly the Chairman and founder of Rosen Real Estate Securities LLC (RRES), and Chairman, founder and portfolio manager of Lend Lease Rosen Securities, both REIT money management firms. Also, Ken served as the special real estate advisor to The Davos World Economic Forum, and from 1985-1990 he was Consultant/Managing Director of Salomon Brothers’ Real Estate Research Department.

Mr. Rosen received his Ph.D. in Economics from the Massachusetts Institute of Technology, and a B.A. with highest honors from the University of Connecticut in 1970. He was a Professor of Economics at Princeton University. 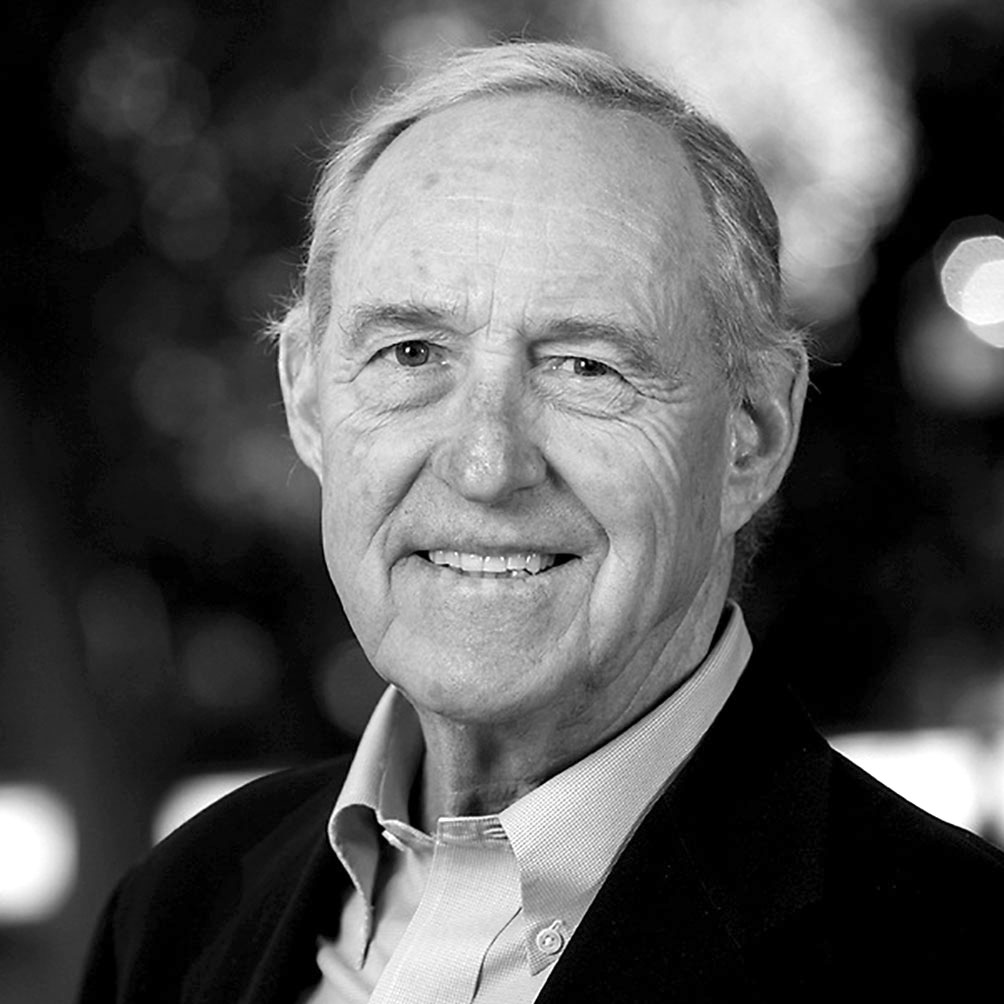 Warren E. "Ned" Spieker, Jr., is a partner of Spieker Realty Investments, a private real estate investment and development firm in Menlo Park, California. He served as chief executive officer of Spieker Properties, Inc. and was Chairman of the Board of the company until its merger into Equity Office in 2001. Mr. Spieker also served as a managing partner and board member of Trammell Crow Company, a company that delivers building management, brokerage and development and project management for users of and investors in commercial real estate. He serves on the board of Continuing Life, a developer and operator of Continuing Care Retirement Communities (CCRCs) that provide independent living, assisted living and skilled nursing facilities at four California locations; past member of Health Care Property Investors, Inc., a real estate investment trust and investor in healthcare-related real estate located throughout the United States. Mr. Spieker is also a past Chairman of the Board of Governors of the National Association of Real Estate Investment Trusts (NAREIT). 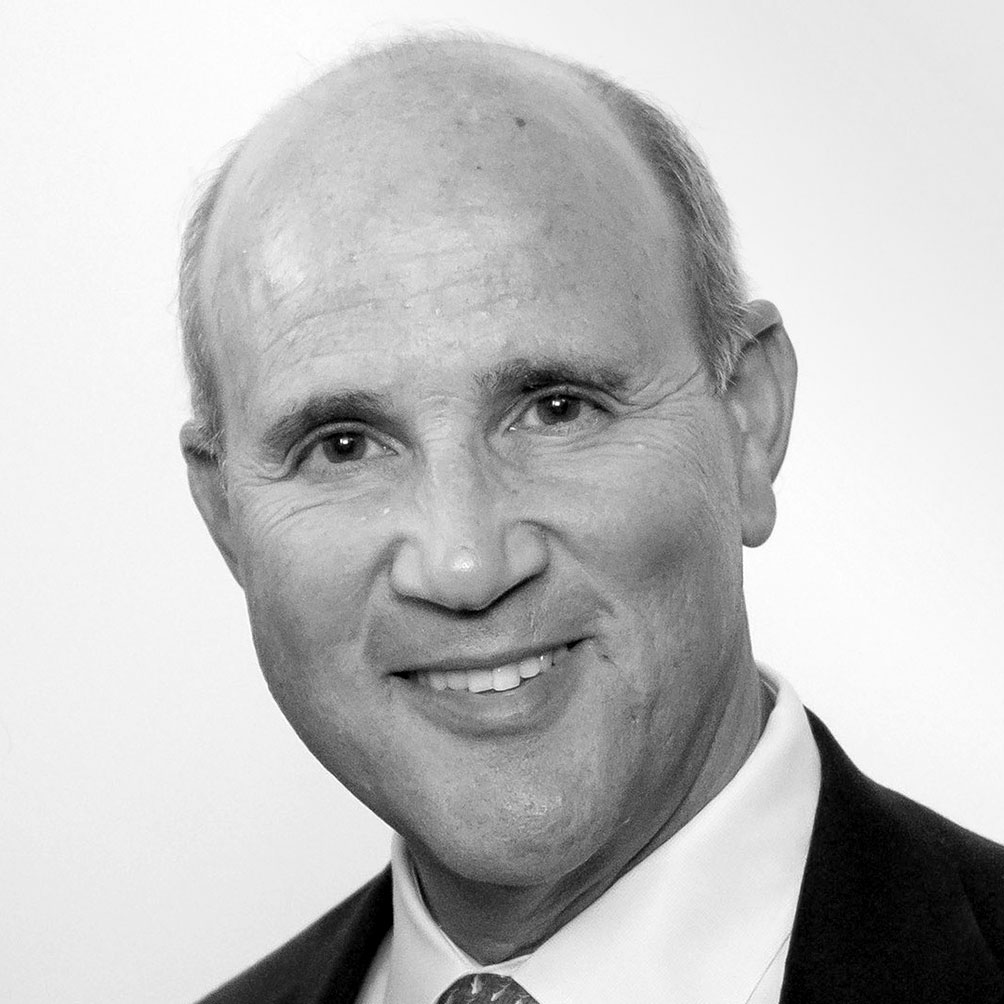 Jim Wunderman serves as the president and chief executive officer of the Bay Area Council, a business-backed public policy organization in the San Francisco-Oakland-Silicon Valley Bay Area. Led by its CEO members, the Bay Area Council is the strong, united voice of more than 275 of the largest Bay Area employers, representing more than 500,000 workers, or one of every six private sector employees. Since becoming CEO in 2004, Wunderman has led the 64-year-old public policy organization to become one of the most influential, effective institutions of its kind.

Under Wunderman's leadership, the Council has grown significantly in membership, revenue and profile, and has developed a global competitiveness strategy for the Bay Area that serves as a model for other regions. Some of the core elements of the global competitiveness strategy are to develop world-class infrastructure, a second-to-none education system, and to enact a smart growth plan that will stand in an era of climate change and economic pressures. Wunderman has also helped the Council develop deep and collaborative relationships with leaders in Washington, D.C. and Sacramento.