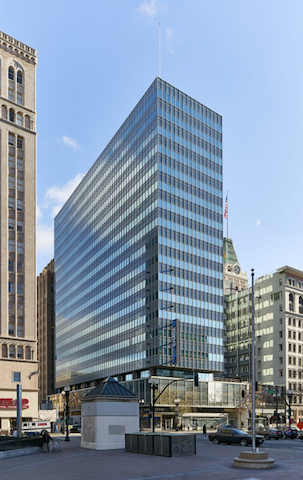 OAKLAND, Calif. (June 26, 2017) – TMG Partners, one of the Bay Area’s largest mixed-use property developers, announced today that multidisciplinary engineering and consulting firm Arup signed a ten-year lease for 16,034 square feet at the developer’s 1330 Broadway property in Downtown Oakland. Arup is expanding its footprint to include a new Oakland office, and will occupy the entire 13th floor. This new lease comes on the heels of Oracle’s recent expansion to the 18-story, 315,000-square-foot Oakland office building.

“We are pleased Arup chose 1330 Broadway as the location for their expansion here in Oakland,” said Adam Chall, Partner at TMG Partners. “Our new lobby, amenities, and extensive building improvements are strategically intended to meet the wants and needs of tenants like Arup making the choice to locate here.”

“Arup is excited to grow our Bay Area presence to better serve our East Bay clients and to be part of the Oakland community,“ said Aidan Hughes, Managing Principal of Arup.

About TMG Partners
TMG Partners, founded in 1984 and headquartered in San Francisco, is a full-service real estate development and management company. TMG has developed more than 25 million square feet of property throughout the San Francisco Bay Area, including Emeryville, Marin City, Novato, Palo Alto, San Bruno, San Jose and San Francisco. One of the most active developers in this area, the company has developed a variety of office, retail, residential and industrial properties, ranging from office campus and multi-story properties in urban, infill locations to mixed-use retail and single-story suburban buildings. For detailed information, visit www.tmgpartners.com.

About Arup
Arup is the creative force at the heart of many of the world’s most prominent projects in the built environment and across industry. Its engineers and consultants deliver innovative projects across the world. Arup opened its first US office 25 years ago, and now employs 1,000 in the Americas. The firm was founded in 1946 with an enduring set of values that fosters a distinctive culture, intellectual independence and collaborative approach. The people at Arup are driven to find a better way to deliver better solutions for their clients. For more information, visit www.arup.com.