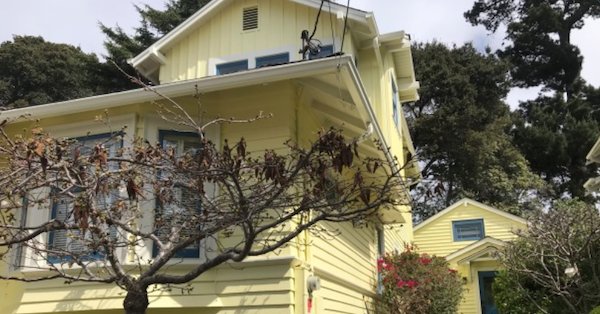 In 2017, California legalized the conversion of existing buildings on single-family lots to ADUs and on January 1, 2020, the law expanded to allow every single-family homeowner to add both an ADU and a junior ADU.

SAN FRANCISCO—Accessory Dwelling Units/ADU conversions are now legal throughout California, thanks to landmark by-right ADU laws signed by the governor in 2017 and 2020 that address the state’s housing crisis. These laws not only give Californians the tools to ease the housing crisis, but more imminently, the health crisis.

“It is heartening to know that there was strong and widespread legislative support for these groundbreaking laws that deliver clear benefits to needy households in California, but the California ADU by-right laws are so recent that many Californians are unaware of them,” Denise Pinkston, partner, TMG Partners, and founder/president, The Casita Coalition, tells GlobeSt.com. “ADUs, also known as grannie flats or second units, are cheaper to build, attractive to renters who want to stay in their neighborhoods and now are easier than ever to create.”

In 2017, California legalized the conversion of existing buildings such as garages and basements on single-family lots to ADUs. On January 1, 2020, this law expanded to allow every single-family homeowner to add both an ADU and a junior ADU, including a new structure in the yard. Specs can include a new 800-square-foot freestanding 16-foot-tall structure within 4 feet of back- and side-yard lines, regardless of lot coverage or other zoning requirements.

“This makes possible a not-too-distant future where families will be able to order a plug-and-play ADU to be set up in their yard for about the price and ease of ordering a car online,” Pinkston tells GlobeSt.com. “This will be part of the revolution of the home design, building and delivery industry, creating more inclusive neighborhoods where families in a variety of jobs, including essential service providers priced out today, can once again live.”

This future is becoming reality today as more California cities legalize tiny homes as ADUs which can be installed in a few months for around $50,000, priced most recently in Los Angeles, San Jose and San Diego, Pinkston says.

The 2020 laws also allows for ADUs in rear yards and unused areas of apartment buildings (attics, storage areas, garages) following a model established by San Francisco. Apartment owners statewide are just beginning to explore how these laws will allow them to add a unit to existing properties without disrupting current tenants. Over time, multifamily property ADUs will become a significant portion of new ADU development.

So today, every California residential property owner can create these homes by right with only a building permit. And, the 2017 laws produced significant changes that are just now being realized.

According to UC Berkeley’s Terner Center, the number of accessory homes in California increased by more than 500% as a result of the 2017 law alone. The new 2020 changes make California the national leader in state-led by-right ADU policies, and will unleash another wave of ADU home deliveries.

Cities that removed ADU barriers saw 20 to 30% of homes add an ADU within a decade (Vancouver, Portland, Seattle and New South Wales, Australia). If just 30% of the nearly 7 million single-family homes in California added an ADU, with more in multifamily properties, California could shelter more than 2 million more households. That is nearly one-third of the aspirational 3.4 million new homes that the McKinsey Global Institute identified as the housing need for California.

Whether in Fresno, Los Angeles, Modesto, Oakland, San Diego or San Jose, there are homes on lots with land and garages owned by families who can individually solve California’s housing crisis. This, along with providing housing to those left in the lurch by COVID, can renew communities, Pinkston says.

“When the shelter-in-place orders are lifted, millions of California families can begin to house extended family, elders and community members facing economic catastrophe as a result of the COVID-19 pandemic right now right at home,” Pinkston tells GlobeSt.com. “ADUs are not the only or even the most important housing solution, but they are tool that small property owners can use right now to make a difference today.”

Other solutions include Pinkston’s Casita Coalition, which was formed in late 2019 as a statewide network to support homeowners, cities and professionals to expand ADUs and small-housing options.  Many of its founders and members were instrumental in bringing about recent law changes.

As the recent recipients of a $400,000 start-up grant from the Chan Zuckerberg Institute, The Casita Coalition will be ramping up its efforts to communicate the big benefits of small housing, Pinkston says.