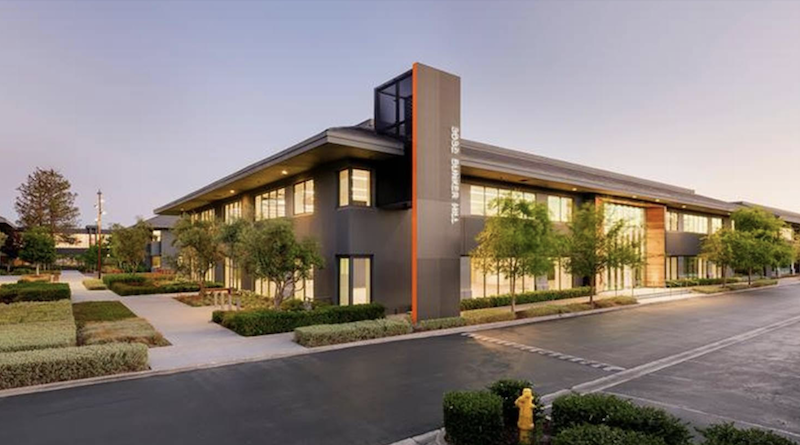 San Francisco-based developer TMG Partners on Thursday said that it had closed on the purchase of The Quad, a seven-building office campus in Santa Clara.

The 410,106-square-foot property located at the intersection of Tasman Drive and Bunker Hill Lane consists of two-story buildings that were recently renovated by JP Morgan.

The Quad is 50-percent occupied by long-term anchor tenant Silicon Valley Bank, whose Global Commerce Bank branch is headquartered at the site. Other tenants include hosting company GoDaddy, IT service management company Perspecta and acoustics and audio technology supplier Knowles, which recently signed a 23,000-square-foot lease at The Quad. The property is 73-percent occupied, according to a Thursday news release.

TMG, which represented itself in the transaction, on Thursday declined to disclose a purchase price for The Quad. Real estate investment banking company Eastdil Secured represented the seller, JP Morgan, in the deal.

"TMG Partners was attracted to this property because of its stable long-term cash flow, the Santa Clara location, our understanding of the need to provide office space for the many different size requirements of today's tenants, as well as the existing suite of amenities," said Ben Kochalski, TMG's South Bay regional partner.

"We will continue to add amenities and improvements with the confidence we will attract more businesses looking to headquarter in this location," he said.

The Quad's existing upgrades include a large outdoor courtyard and bocce ball and food truck courts.

The property is located three blocks west of Levi's Stadium and near two massive projects: Kylli's proposed 49-acre Mission Point mixed-use development, located across from The Quad, and Related Santa Clara, an up-to-9.2-million-square-foot mixed-use project, located four blocks east of the office campus. The site TMG purchased is also entitled for an additional 150,000 square feet, providing a build-to-suit opportunity for a prospective tenant, the release said.