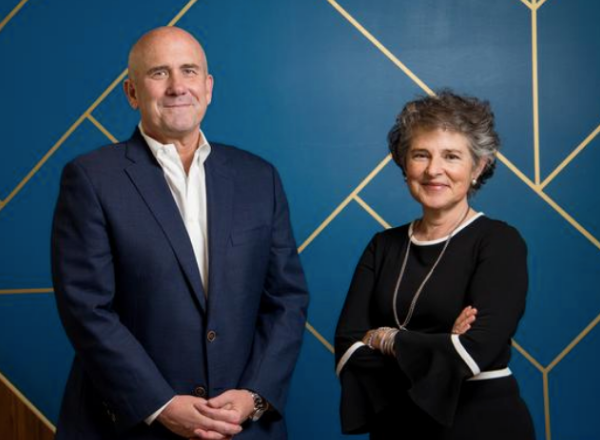 Sometime next summer, TMG Partners plans to start construction on a 27-story, 875,000-square-foot tower near the intersection of Telegraph and Grand avenues in Oakland.

Next door, Kaiser Permanente will build out Thrive Center, a 1.6 million-square-foot regional and national headquarters set to break ground early next year. Nearby, at 2225 Telegraph Ave., construction crews are working on the upcoming 173-room Moxy Hotel.

The $1 billion-plus of investment has made the Uptown neighborhood a development hotspot, one of several in a city that is now welcoming billions of dollars from institutional investors who have previously shunned it.

“Five years ago, we would call investors and say, ‘We’re doing a project in Oakland,’ and they would say, ‘Oakland is tough for us,’” said David Cropper, director of development at TMG Partners. “Now Oakland is as legitimate as it gets.”

It’s not the first time that a development swell has lifted Oakland, but the city has in the past struggled to maintain that momentum in the absence of the pension funds, insurance companies and private equity firms that are mainstays of real estate investment.

As Cropper puts it: “It’s different this time.”

Oakland’s renaissance is now well advanced. Home values, household income, total population and jobs are all increasing. The city has carved out a niche as a vibrant hub of dining, culture and nightlife. Public safety — long an issue for potential tenants and investors — has receded as an urgent concern. The current city administration, in contrast to some of its predecessors, has developed a reputation for competence.

“Investment is different than I’ve ever seen it in Oakland,” said Michael Ghielmetti, head of Signature Development, which has been investing in Oakland for more than 20 years. “The size of the projects are larger than I would have thought 10 years ago. Besides that, there’s more volume and velocity of projects.”

“Those of us who have been in Oakland have always believed in the future of Oakland,” Ghielmetti said. “It’s just happening faster because of the acceptance of global capital.”

“Investors want to know, who else is investing?” Cropper said. “There is a herd mentality for investors. It does get easier to attract capital.”

New developers have also dove in during the past decade such as Holland Partners, Anton DevCo., Zarsion America and Carmel Partners.

Just five years ago, Madison Park Financial, which has built thousands of apartments in Oakland for more than three decades, was the only developer that completed a market-rate apartment building in Oakland: the 92-unit Lampwork Lofts project. Now, there are thousands of units hitting the market in 2019 and 2020.

“The amount of capital and the amount of cranes demonstrate that the Oakland proposition is clear to the rest of the world,” said Denise Pinkston, a partner with TMG.

TMG is a fairly recent convert to Oakland. Even though founder and CEO, Michael Covarrubias, was born in the city, Cropper said the company “avoided Oakland” for 30 years.

Now it is making up for lost time. Since 2015, TMG has bought and renovated two office buildings and entitled Telegraph Tower, at 2201 Valley St., in January. The developer paid $80 million for 1330 Broadway, then spent $30 million to revamp the tower and lease it up to new tenants before selling it to KKR in 2018 for $173 million.

“Tenants are concerned about attracting and retaining their talent and office space is a big part of that,” Pinkston said. “The inventory office in Oakland was old and tired. We started by cleaning up older buildings and making them more modern. The next thing is a modern high-rise with large floorplates, high ceilings, outdoor spaces and big kitchens.”

Oakland’s booming pipeline of homes as well as its proximity to the rest of the East Bay’s housing market are also advantages. Companies are recognizing that many workers already live in the East Bay or would have an easier finding a place to live on that side of the bay.

“It used to be the spillover effect from San Francisco, but now the markets are just linked,” Ghielmetti said. Investors and residents “see Oakland as a viable alternative. It’s not, ‘I’m settling for Oakland because I can’t afford San Francisco.’”

Next generation of office

Telegraph Tower and Kaiser’s Thrive Center will be the first ground-up office buildings to break ground in Oakland since the Key at 1100 Broadway started construction in early 2018.

Meanwhile, Swig Co. and Rockpoint Group are exploring what to do with 300 Lakeside, a 975,000-square-foot office complex near Lake Merritt. Options include selling the property or bringing in a partner for a major overhaul. The property sits on a 7-acre site that contains a 29-story office tower, a parking garage topped with a 3-acre rooftop garden used for events, retail space and low-rise office buildings.

The city has given the owners a preliminary approval for two development schemes: One would involve building two new office towers rising 455 and 260 feet high and totaling 1.35 million square feet. The second plan calls for an 890,000-square-foot, 455-foot tall office tower and a 580-unit, 430-foot tall apartment tower.

“It helps drive the quality of the space because at a certain point the projects just get so big, it’s difficult to make them happen without an institutional investor and the conviction that Oakland is a safe, sound, good investment,” Kidd said. “It gives the market more stability. At every big project, there is an institutional partner behind them.”

Shorenstein Properties’ 601 City Center, the first high-rise office building built in Oakland in more than a decade, was backed by the investment arm of insurance company MetLife. That 600,000-square-foot tower was completed this summer and is now about 50 percent leased to tenants including Blue Shield of California and Esurance, two companies that are moving from San Francisco to Oakland.

Shorenstein started and stalled construction on the tower in 2008 and then revived it in 2017 after landing Blue Shield as an anchor tenant. During the hiatus, Oakland’s office boomed. Average asking rents for Class A space in downtown Oakland shot up by 26% to $65 per square foot during the third quarter of 2019 compared with $52 per square foot during the first quarter of 2016, according to commercial brokerage firm CBRE.

Rents have climbed, but can still offer cost savings compared with similar quality space in San Francisco, where the average asking rent for Class A space was about $90 per square foot during the third quarter, CBRE reported.

“If you offer tenants better space, they would welcome it,” Kidd said. “It’s a function of the market being able to justify the investment it takes to deliver that kind of space.”

Institutional investors have entered the Oakland market, backed with massive portfolios and ready to invest.

HQ: New York with an office in San Francisco

HQ: Miami, with an office in San Francisco

HQ: New York, with an office in San Francisco

Oakland projects: Goldman Sachs is co-owner of 1300 Broadway, a historic, 58,000-square-foot building, and 2001 Broadway, known as the I. Magnin building.

Capital: Has raised more than $22 billion

Assets under management: More than $91 billion