If Bay Area can't solve housing crisis, next company expansions will be in other cities, developer says 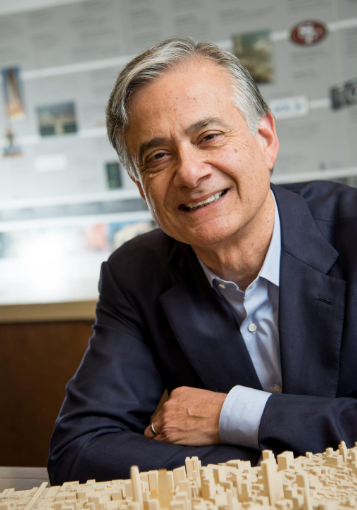 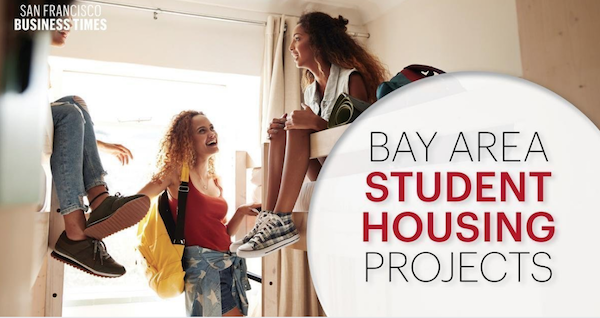 Covarrubias joined TMG Partners in 1988 and took the helm in 1995. He jumped into real estate development after 17 years with Union Bank, working in commercial and real estate lending. “I learned a lot of ways to go broke by watching,” he said of his time in banking. With TMG, Covarrubias has developed a reputation as one of the top dealmakers in the Bay Area. Over more than 30 years, the firm has developed, acquired and sold more than 23 million square feet of real estate in the Bay Area, tackling a broad range of projects.

Some of the firm’s notable developments include 400,000 square feet of office space at One Market in San Francisco, 1 million square feet of office space at Mid-Point Technology Park in Redwood City, the redevelopment of a 900-acre former military base in Novato and the First and Mission development site slated to be one of the tallest buildings in San Francisco. In the past year, the company bought two office buildings in Oakland — its first foray into that city. He serves as chair of the Bay Area Council, a coalition of business leaders that advocates for public policy.

Why did it take so long for TMG do a deal in Oakland? We felt that Oakland just didn’t have enough to get through a cycle. When we looked in Oakland this time, there’s a migration of the artists, the hipsters, the restaurants. A lot of people are going over there because San Francisco is just too expensive. We also felt as of four or five years ago that this was not a typical recovery. This wasn’t going to be the five years in and out, that it would have longer legs, which it still does. So if San Francisco could stay high long enough, and rents went high enough, then Oakland could do some things and succeed.

Growing up in Oakland, did you ever imagine it would be what it is today?Oakland always seemed to be fragmented and never really had cohesion. Now, it seems like there is enough momentum, that it will come together.

What do you think of the current development boom and do you still see opportunity? The market is flattening for sure. Is it going down, is it going to go back up? Our markets, which are always driven by capital, are doing pretty well. I don’t think technology is going to crash. I think the economy will at some point have a recession of some kind.

Do you think anti-development sentiment is any different than in past cycles?The Bay Area is suffering from its success. We have under four percent unemployment in San Francisco and high income at the high level, but we’re not creating the mechanisms to allow not just San Francisco, but every city in the Bay Area, to contribute it’s fair share of housing. If you get apartments built up and down the 101 corridor and from Lafayette to Walnut Creek, you would relieve a lot of the pressure because they are BART lines and Caltrain lines, but you can’t because local government is going to control what they are going to do. The Bay Area Council takes a regional approach to try to solve these things. We believe it may not be good for Atherton or Lafayette, but they are going to die if they don’t allow housing because traffic up and down those corridors is just going to be a joke and the cost of rents and houses will be unsustainable. Companies won’t leave — that’s always been the argument — but they just won’t grow here. The next expansion for Google, Facebook, others, will be in Oregon, Austin, Miami, Chicago.

What about the commercial side? San Francisco has Prop. M, love it or hate it. I personally think it’s OK. It keeps the supply under control. Prior to Prop. M, in 1980, we overbuilt and screwed up the market for years because we developers, you give us the money, we’ll build. We’re not overbuilding today. Most of the stuff we have coming out of the ground is build-to-suits.

Most important lesson learned? Integrity is the most important thing we bring to the table. When somebody says, “We’re going to be your partner,” they want to know how you performed before, so they are going to check you out. If you do the best by your partner, he’ll remember and he’ll be a resource. So it’s really important for us, whether its with a politician, or lender, or equity partner or tenant, just do what you say. My industry has a bad reputation — look who’s running for president — for bankruptcy and not doing what they said. We have to have a different image. In our industry, we fight an image. Developers aren’t too far above lawyers.

What do you like best about your job? I get to run an organization of people who are really smart and really enthusiastic. When we start and finish a project, usually ahead of schedule and ahead of our proformas, there’s a building. When you’re done, it’s there and you can go point at it.

What do you like least about your job? People who are just focused on their teeny island and don’t behave in the way that’s better for the whole region.

Do you have a favorite building you’ve developed? Southern Pacific Headquarters (One Market St.) because it was so damn hard to do and it’s in that location with that beauty and grace. It’s just an elegant building.

First job: Delivering flowers for a wholesale florist while in high school. In college, he collected geotechnical samples from BART construction sites for an engineering firm

Education: Bachelor’s in business administration from the University of San Francisco