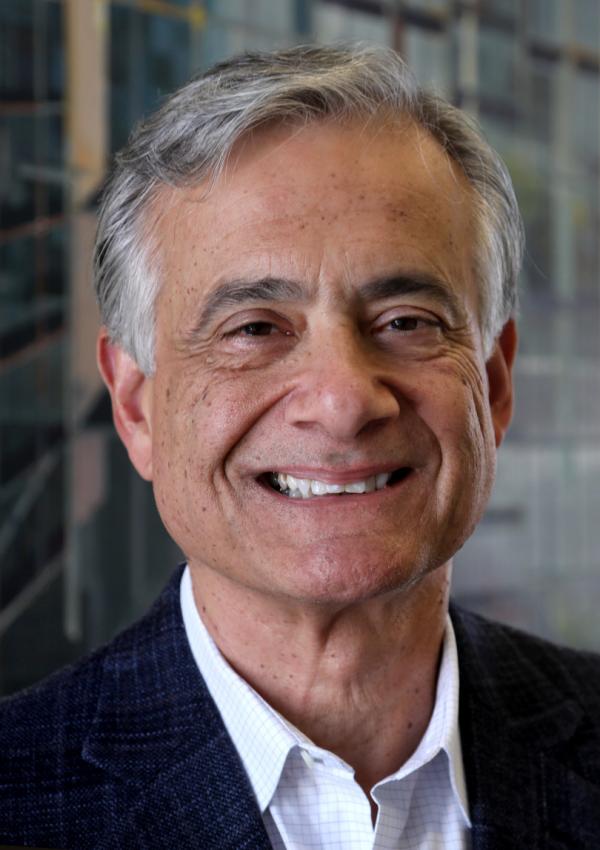 The Mercury News
Michael Covarrubias of TMG Partners talks up downtown San Jose, downtown Oakland
by George Avalos
Michael Covarrubias is a key player on both the finance and building sides of the development coin. He spent 17 years with Union Bank, including a stint as a decision maker in the bank’s construction lending unit. Since 1988, Covarrubias has been with development stalwart TMG Partners and is TMG’s chairman and chief executive officer.

If there’s a big commercial real estate market in the Bay Area, San Francisco-based TMG is in it. This news organization recently talked with Covarrubias about the nine-county region’s development scene, and in particular, the picture in downtown San Jose and downtown Oakland.

Q How hot is the current commercial real estate market in the Bay Area?

A No one likes to say it’s different this time. But the corollary is that it’s always different. This market is different from the dot-com era.

Q In what ways is it different? How does the upswing compare with the dot-com period? Is it the FAANGs, the Facebook, Amazon, Apple, Netflix, Google tech companies?

A The magnitude and breadth of the FAANGs and the almost-FAANGs has never been seen before in the Bay Area. They are highly capitalized. They are very aggressive in their growth efforts. Their appetite to increase their employees is something unlike we have ever seen.

Q How do you assess the downtown sectors of the Bay Area’s three largest cities?

A San Francisco has essentially been out of large blocks of space for about three years. Oakland is the beneficiary of that, as is downtown San Jose.

Q How long have you been active outside of the downtown San Francisco market?

A We went to San Jose and Oakland three years ago. We entered both those markets even though that was 2015, when there were worries about how long the economic recovery would last. We thought there were several more years of economic expansion.

Q What are your major efforts in downtown Oakland?

A We bought three major assets in Oakland and earlier this year we sold 1330 Broadway downtown. We will still be in Oakland after this deal. We are bringing two other assets to the market this year.

Q What are your plans in downtown San Jose?

A In San Jose, we have our Platform 16 office project, consisting of 1 million square feet of offices, a fully entitled project. We are now starting to think about how to activate that development. We are having conversations with tenants and capital partners.

Q What are the pluses and minuses of downtown Oakland?

A The bones of Oakland have always been great. Transportation, freeway and BART access, the waterfront, proximity to San Francisco, a workforce that draws from the east, the north and the south. What Oakland lacked was the momentum to create a 24-hour city. They tried office buildings, but those didn’t work. They tried retail and that didn’t work.

Q Have things begun to change for the better in downtown Oakland?

A You have the Uptown district, the artists, the theaters, the non-profits, great restaurants and safety is increasing. Under Mayor (Libby) Schaaf, crime has gone down dramatically. And then you add the bonus round. San Francisco’s downtown is full.

Q What are the pluses and minuses of downtown San Jose?

A I’ve had a lot of experience with San Jose. San Jose was on its way to being a very complete place when the 2008 economic crash happened. Everything that was being planned went up in smoke. A lot of projects were foreclosed or abandoned.

Q How are things improved now in downtown San Jose?

A Now you have the transit hub at Diridon Station. That station is the most multi-modal transit hub in the entire Bay Area. It has Caltrain, Amtrak, light rail, the ACE Train, and BART is coming to that station. Companies want to be on the Caltrain line, next to BART, and in an urban environment. If we get high-speed rail from the Central Valley and Los Angeles, that will all add to Diridon Station.

Q How much of a difference is all this activity at the train station, Google’s interest in the area, going to make for downtown San Jose?

A San Jose is finally going to have its day. If it all comes to pass, Google will be the anchor of a complete revitalization of the downtown. Google creates the need for more housing, the need for more retail, more restaurants. All of it will be focused on transit. BART will open up so much for so many corridors.

Q Are big infill developments such as your proposed Platform 16 office campus in downtown San Jose the future in the Bay Area?

A Fixing transportation is a slow process. You can’t build a new bridge everywhere, or double-deck all the freeways. But you can put people’s jobs near where they live. That is done through BART or Caltrain. The traffic is beyond horrible, and the goal is less traffic on the freeway. That is why infill development is an answer. You are going to have growth, you have to find creative ways to accommodate the growth. You can’t put a lid on boiling water and expect it to stop. Make buildings bigger and more efficient, put them in places where people can take BART, Caltrain, or light rail.

1. He appreciates balance in his life.

2. He is a sports car enthusiast.

3. He says action movies are a way to fully escape for a while.

4. He enjoys immersion in other cultures through travel, including museum visits, enjoying local dishes and good wine.

5. He spends time at his Napa home with his wife, daughter and her family.
Back to top