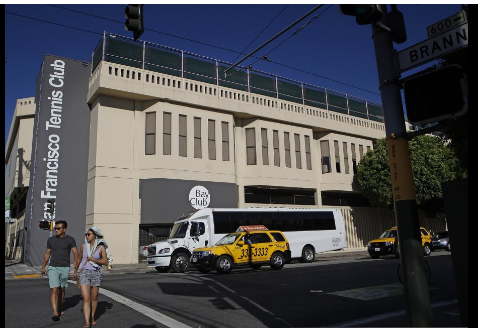 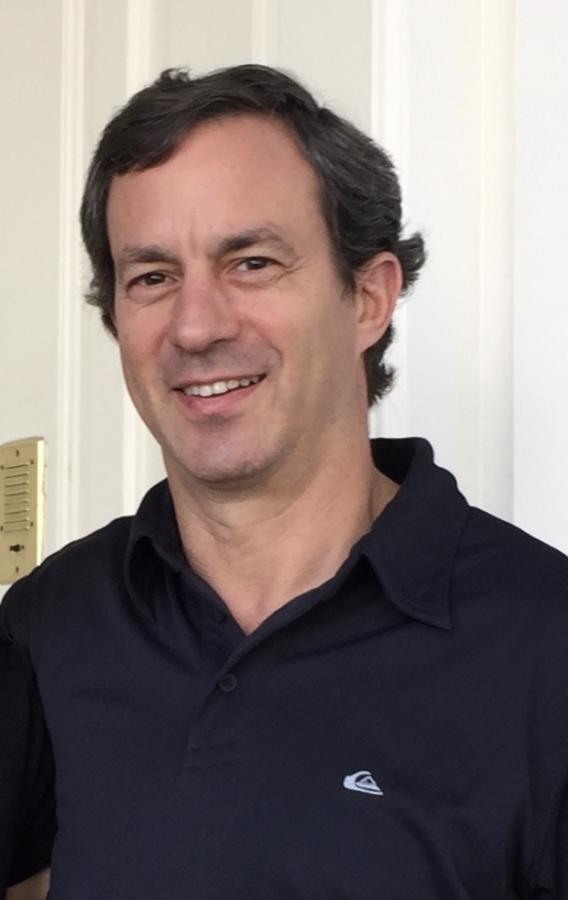 The San Francisco Tennis Club at Fifth and Brannan streets, long a property coveted by developers, would be demolished to make way for an office development and smaller tennis facility and health club under a new plan filed with the City Planning Department.

The property owner, the Bay Club, is working with developers TMG Partners and Alexandria Real Estate Equities on a plan that calls for a 370,000-square-foot, five-story office complex, a 25,000-square-foot sports club, and four tennis courts, according to planning documents.

The current site has 24 tennis courts, 12 indoors and 12 on the rooftop, along with a sprawling club level that includes a gym, cafe and bar overlooking the indoor courts.

Bay Club President and CEO Matthew Stevens said the “Bay Club is proactively participating in the potential development of the 645 Fifth St. location including the addition of recreation facilities that incorporate fitness and tennis into the project for the SoMa neighborhood.”

The project application is the latest in a series of efforts to redevelop on SoMa properties that are seen as soft or underused. For decades the club, built in 1974, seemed a natural fit in the patchwork of warehouses and artists’ studios, auto garages and leather bars that made up the neighborhood’s gradually gentrifying fabric.

But as San Francisco’s status as an international center of technological innovation picked up momentum, the revenue generated by a 24-court tennis club started to pale in comparison with what could be earned through denser uses like a large office complex or a condominium tower.

Other similar SoMa projects under way include the redevelopment of the Flower Mart property at Sixth and Brannan and the proposed transformation of a 4-acre collection of parcels the Hearst Corp., parent company of The Chronicle, owns at Fifth and Mission.

Yet as several developers have found out over the past decade, tennis clubs and land-use politics have proved to be a combustive combination in San Francisco — and thus far the tennis players, and not the developers, have had the upper hand.

The tennis club members say they will oppose plans to get rid of the current center. The club is a hive of tennis activity every day of the year. It has 60 tennis teams. Regular players range from schoolchildren to men and women well into their 90s.

“I’m pretty sure there will be an an organized effort to save this place — a lot of people love it,” said longtime member Eric Ivary. “It’s extremely diverse — it feels like an old shoe to me. It’s not like a five-star hotel.”

Ivary, who is 65 and goes to the club “six to seven times a week,” said the looming development is the talk of the club. Some members who fought hard against the last development proposals may not have the energy to do so again, but younger members have started a Facebook page to inform members what is happening.

The Bay Club emphasized that the club will remain where it is until at least July 2017 and that any new development will include a fitness center.

The company is looking at several properties, including the Palace of Fine Arts and some land owned by the Port of San Francisco, as potential homes for a new tennis club. In a statement, Alexandria — one of the largest developers of biotech space — said the joint venture with local developer TMG Partners “leverages Alexandria’s technology and life sciences work space platform by utilizing TMG’s best-in-class local expertise in entitlements, design, engineering and construction.”

Parcels to be rezoned

“We are pleased that the Bay Club will work with us to continue to operate a fitness and tennis facility at the property and offer us the opportunity to combine the recreation facility with modern work space,” said Steve Richardson, Alexandria’s chief operating officer.

While the tennis club proposal is consistent with the Western SoMa zoning currently in place, ultimately what is built there could be a lot taller and more ambitious. The site is one of the “big seven” development parcels that will be rezoned under the Central SoMa plan, which could triple allowable heights. Once that is done, the four-court tennis center the plan proposes could be developed as about 150 affordable housing units. The Central SoMa plan is on track to be adopted in late 2016.