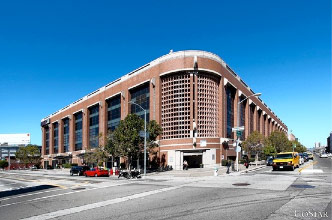 Zynga has expanded its San Francisco headquarters at 650 Townsend St. since it signed the lease last fall.

Companies leased slightly more office space in the third quarter, but the rate of expansion slowed during the period, according to a report by real-estate research firm Reis Inc.

Overall, the amount of occupied space in U.S. office buildings increased by 6.2 million square feet during the quarter, with the vacancy rate falling by 0.1 percentage point to 17.4%, Reis said.

Ryan Severino, an economist at Reis, said the leasing slowdown suggests that increasing uncertainty over the economy may be spilling over into the office market.

"It's not as attractive a result as people would want to see, but it certainly could be worse," Mr. Severino said.

The success of the office market depends in large part on job growth, and companies' growth projections. With clouds growing over Europe and the capital markets getting volatile, landlords say employers have become wary about making long-term decisions like signing leases, pulling back from what was a more optimistic mood earlier in the year.

"In general, [the third quarter] certainly was slower because there is a sense of concern over the general direction of the economy," Mortimer Zuckerman, chairman of large office landlord Boston Properties, said in an interview.

Still, conditions vary in cities across the country, and some have seen strong growth.

Outpacing any other market is the San Francisco area, which has seen rents grow 7.8% over the past year, and 1.4% in the past three months, according to Reis. Buoyed by a surging technology sector, rapidly growing firms-from Google to Twitter-have been adding space.

"I've been at this company for 22 years, and running it since '95, and this is the most rapid-growing 12 months I've ever seen," said Michael Covarrubias, chairman of San Francisco real-estate developer TMG Partners.

TMG's tenants include Zynga Inc., the fast-growing Web game developer. That company signed a lease for about 270,000 square feet at 650 Townsend St. in San Francisco in the fall of 2010. Since then, the company has exercised multiple options to increase its lease by about 130,000 square feet, including one this summer, Mr. Covarrubias said.

The office market is much weaker in regions that were in the epicenter of real-estate speculation during the boom, such as Las Vegas and Phoenix. Rents have dropped in both of those markets about 1% since the third quarter of 2010.

Washington, which experienced strong growth late last year and early this year, appears to be cooling as well, as vacancies grew by 0.2%. Landlords in that region have broader concerns about long-term demand by the federal government, given the pressures to reduce public spending.