Real Estate Deals of the Year: 1330 Broadway Leases and Renovation 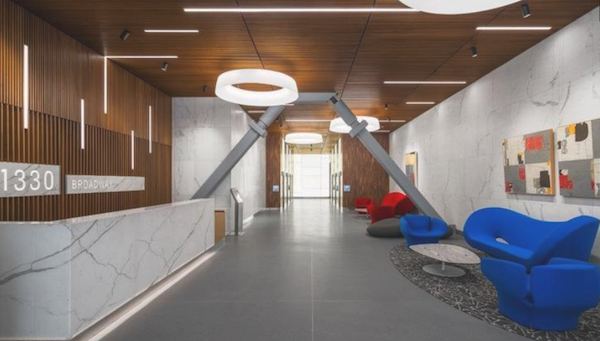 Why it won: After years of passing on Oakland, TMG Partners made its first deal in the city by snatching up 1330 Broadway in an off-market, $80 million deal in 2015.

The building was then a dated, Class B property begging for a facelift. TMG recognized the potential of the building and kicked off a $30 million renovation, which finished in 2017.

Built in 1958, 1330 Broadway is considered a prime example of the International Style of architecture, known for its simple design, lack of ornamentation and use of glass, concrete and steel.

With historic buildings, “you can do a light lift or a heavy lift,” TMG Development Director David Cropper said. “You’ve got to spend a lot of money to move a building to Class A from Class B.”

“New amenities, new finishes, and a location on top of transit all create an appealing package.”