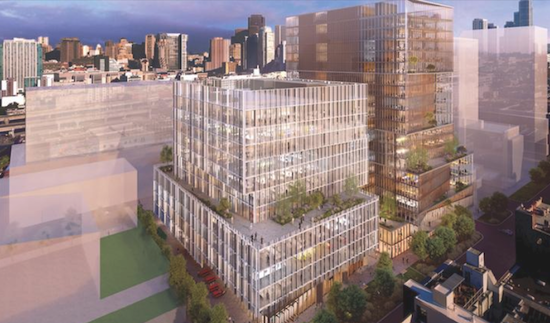 Why it won: The fight to develop an office project on the site of a tennis club at Fifth and Brannan street brought out figurative pitchforks and high-profile names.

When a development team of Alexandria Real Estate Equities and TMG Partners announced plans to rebuild the site with an office hub, neighbors and tennis members lined up against it.

“The Tennis Club is the latest manifestation of the fight for the livability of the city against high-tech developers,” former Mayor Art Agnos opined in 2015.

But the developers worked with the opposition to design a project that incorporated the tennis club and won over critics. The team closed on the transit-rich site for $140 million.

“The site is at the nexus of new and existing transit structure,” said Matt Field, TMG’s chief investment officer, in 2015.

“This project had three levels of complexity. You had a major rezoning effort in the Central Soma Plan. Second, the office allocation from Prop. M would need to be secured prior to developing. Third, the property was a functional tennis club. Alexandria/TMG have come up with a creative plan that includes  maintaining a tennis club.”