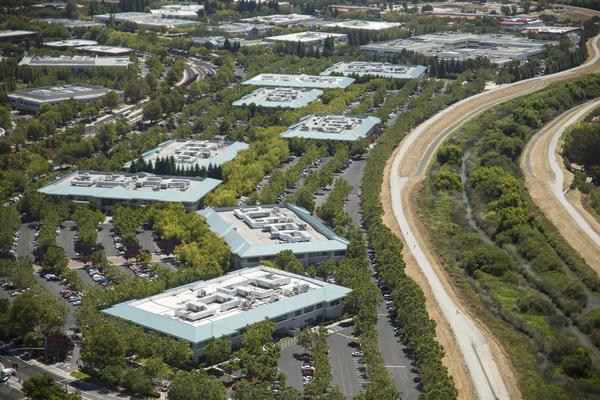 Cisco is not going anywhere right away. Under terms of the highly anticipated deal, which closed Monday, Cisco will lease back the eight buildings at 110 through 250 West Tasman Drive. Cisco will begin vacating the offices starting in 2014, continuing to give up space in several tranches over the next three-and-a-half years, officials said.

The transaction — the year's largest single investment sale so far by square feet — means San Jose's main jobs corridor will soon get another major office-campus opportunity. And it highlights Cisco's shifting real estate strategy as the company, which once steadily built office space by the bushel, now goes denser inside its remaining buildings, of which it still owns dozens.

"We really like the Valley," said David Cropper, managing director for TMG Partners. "It has a great economic engine, and this was such a unique campus."

The transaction's sale price was not disclosed, but multiple sources said the cluster of buildings was expected to trade in the neighborhood of $190 per square foot, or roughly $154 million.

City officials on Monday welcomed the deal as a win-win, with the city potentially gaining a new major tenant and keeping Cisco at the same time.

"TMG is a really sophisticated, well-financed developer who does a range of development in a very urban way," said Nanci Klein, the city's deputy economic development director. "It's a fantastic bet that TMG is making on North San Jose and the overall San Jose marketplace. I see that as building confidence in our marketplace."

Many of the buildings were built in the mid-1990s at a time when the networking equipment maker experienced explosive growth.

Good bones aside, the venture plans a substantial remodel to update interiors and exteriors, Cropper said, as well as to refresh outdoor amenities space.

"We're working through the architecture right now, but clearly there will be updating of building systems, redoing the landscaping, and remodeling the front of the buildings so they have a presence that's distinct from the rest of the campus," he said.

Brokers with Jones Lang LaSalle handled the offering and the transaction for Cisco. TMG was represented internally.

North San Jose has seen significant leasing and development activity of late, but it is also experiencing more product coming onto the market as landlords update older properties to attract the current generation of tech tenants.

North San Jose had an overall vacancy rate of 16.14 percent as of Q2 2013, according to Cornish & Carey Commercial Newmark Knight Frank. The submarket saw about 120,000 square feet of net absorption during the quarter, according to Cornish. Average asking rent was pegged at $1.49 a foot.

The new space coming online in the area does not phase Cropper.

"Part of the attraction is, even after the remodels, we'll be at a significant discount compared to new space," he said. "We can be 30 percent less on rent with high-functioning, re-done buildings. And there's no entitlement risk or cost-increase risk on shell improvement."

The buildings Cisco sold are known as Buildings A through H on West Tasman Drive. Cisco will still retain more than 30 additional buildings nearby in North San Jose and across the city limits in Milpitas.

Cisco has been one of the city's perennial top landowners over the years, and that huge footprint is reflected in the taxes it pays. Cisco was Santa Clara County's third-largest taxpayer in 2012, with a tab of $15.5 million. (The company is assessed not just on buildings and land, but also the business equipment inside its property.)

As recently as the summer of 2010, Cisco was talking about further facilities growth. But a string of recent land sales in the past year suggests a new direction. In August 2012, Cisco sold a 30 acre development site to South Bay Development Co. This past April, Trammell Crow Co. bought an adjacent 57 acres. That was followed in May by the sale of 150 acres in Fremont — the former "Cisco Field" site to — Integral Communities of Newport Beach.

Cisco announced in August that it was laying off 4,000 workers worldwide, but that is a small fraction of the 75,049 workers it employs globally. According to the company's annual report, 37,275 employees are in the United States.

As it shifts to higher worker densities inside buildings, Cisco has been spending millions on several parking structures to handle the increased occupancy, according to San Jose city records. The shift reflects a broader tech trend of packing more employees into more open, collaborative spaces. Adobe Systems Inc. has adopted a similar tactic in downtown San Jose, where it is going denser in its existing high-rise office space rather than building out or leasing.

"The sale is part of Cisco’s overall San Jose master plan that includes modernizing our corporate campus and creating an environment for increased collaboration, innovation and productivity," Cisco spokeswoman Robyn Jenkins Blum said in an email.

The transaction is another major score for San Francisco-based TMG, which has developed more than 20 million square feet in of space in the Bay Area, with roughly a third among San Francisco, Silicon Valley and the East Bay/North Bay markets. In March, it secured all necessary approvals for a 385,000-square-foot campus it intends to build for Samsung Semiconductor at 625-685 Clyde Ave. in Mountain View.

Fortress Investment Group is a New York-based, publicly traded investment management firm that had $54.6 billion of assets under management as of June 30, 2013.