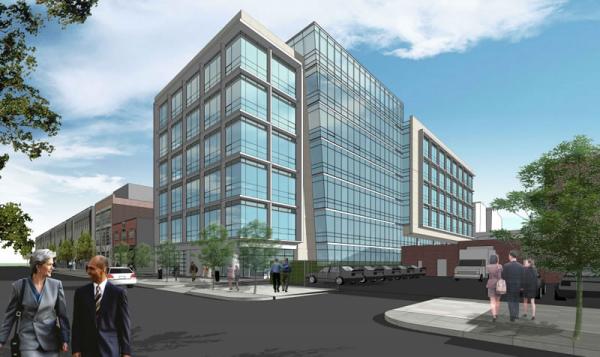 “We are expected that we will be starting our project sometime in early to mid-2015. This project already falls under the current provisions of Prop M, so we don’t have to worry about that at this time,” says Matt Field, chief investment officer with TMG. He envisions a development time frame that will last 24 months from start to finish.

The company is prepared to start the project without a tenant if need be. “We would begin the development on a spec basis if we have to. We do have time on our side. The San Francisco office market continues to be very strong from a demand perspective,” said Field.

TMG figures that it will attract a variety of kinds of tenants. “Obviously, technology based tenants are having a big impact on the office market in San Francisco. Our opinion is that this segment of the industry and others will be attracted to our site,” said Field.

TMG is planning on developing a six story 85-feet tall project. According to an e-mail from the Planning Department for the City of San Francisco, the development will include up to 137,446 gross square feet of office space, 732 gross square feet of retail space and 66 off-street parking spaces.

The City of San Francisco stated in a board meeting document several reasons for approving the project. These include the existing site is underdeveloped for current zoning limitations and is within an area that can accommodate growth under current zoning controls. The authorization of the office space will allow for new businesses in the area, which will contribute to the economic activity in the neighborhood. The project is consistent with the intent of the MUO District, which is to encourage office uses, and does so at a location that is central to multiple transit options.

The project on Brannan is located in the SoMa West sub-market in San Francisco, according to data from the San Francisco office of Colliers International. This sub-market has only one office building under construction, and this is the building at 85 Bluxome Street, which broke ground last week. The Bluxome development site is practically on the same block as the proposed TMG development.

The sub-market has tightened up over the past quarter. Colliers stated in its third quarter 2014 research & forecast report that the vacancy rate was reduced from 6.3 percent to 5.6 percent between the second and third quarters. There is a total of 3.5 million square feet in the sub-market spread over 41 buildings.