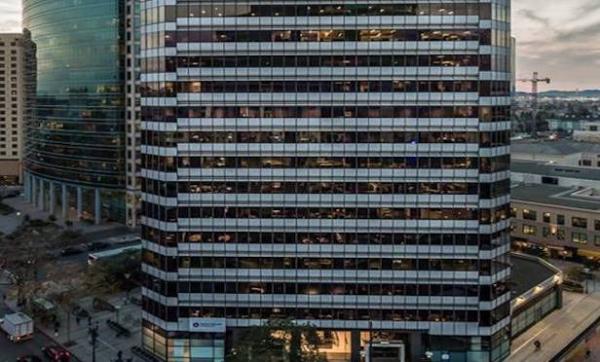 The acquisition of the 24-story, 522-000-square-foot downtown office building is the second purchase by TMG and KKR in Oakland this year.

OAKLAND, CA—TMG Partners and global investment fund KKR have expanded their portfolio here with the purchase of the 1221 City Center office building.

The acquisition of the 24-story, 522-000-square-foot downtown office building is the second purchase by TMG and KKR in Oakland this year. In July, the partnership of San Francisco-based TMG Partners and KKR, which maintains its headquarters in New York City, acquired 1330 Broadway.

1221 City Center is 99% leased. The building is one of three in the Bay Area that enjoys access to BART via a direct entrance to the 12th Street Station through the building lobby.

No financial terms of the transaction were disclosed. KKR is making the investment through its Real Estate Partners Americas II Fund.

“We expect that the Oakland office market will continue its positive trajectory because of strong tenant demand and extremely limited supply,” says TMG’s director of development David Cropper. “We look forward to broadening our partnership with KKR in the future.”

“We believe Oakland has attractive long-term secular growth trends driven by its accessibility to transit, a growing retail amenity base, and a meaningful amount of residential development,” says Justin Pattner, head of real estate equity in the Americas at KKR. “1221 City Center is an iconic property in the Oakland skyline, and we look forward to the next phase of its business plan.”

The building has previously achieved a LEED Platinum rating by the US Green Building Council and features panoramic Oakland skyline and Bay views, onsite retail amenities and ample parking, as well as bike lockers and showers.