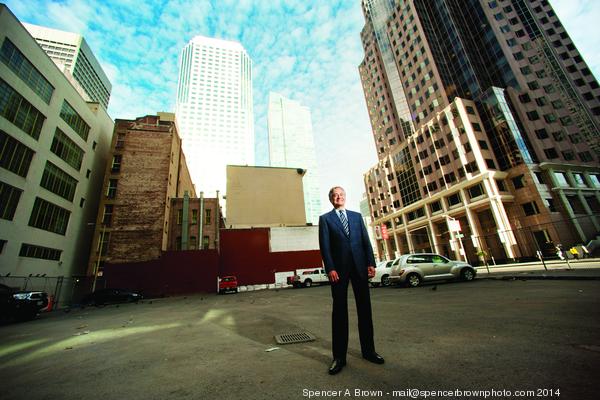 photo: Spencer A. Brown
Michael Covarrubias, chairman of TMG Parters, which will steer development of the 4.9-acre California Campus of the California Pacific Medical Center.

The California Pacific Medical Center tapped San Francisco-based developer TMG Partners to steer the future of its Presidio Heights campus — a rare large site in the neighborhood that could hold hundreds of housing units.

Monday's announcement makes the long road toward redeveloping the 4.9-acre property on California Street, which is zoned for housing, a little less hazy. CPMC still owns the site, but striking a deal with TMG to help steer future development through approvals means that a builder with plenty of successes — and ambition — will take the reins.

This gives TMG an "opportunity to work with the neighborhood to develop a plan for the property to replace the medical use and undistinguished architecture of the site with a project that responds to the character and quality of the neighborhood," said TMG Chief Investment Officer Matt Field, who was raised and still lives in the neighborhood.

Even though CPMC picked a developer, no one has drawn up plans for the site yet, representatives from TMG and the medical center said. CPMC is required by its 2013 development agreement with the city to hold a host of meetings with neighborhood groups to help determine the site's fate.

"We're on the front end of this," Dean Fryer, a CPMC spokesperson, said. CPMC, the city's fourth-largest non-public employer, is in the midst of a $2.7 billion buildout of two new hospitals. CPMC would likely sell the site when it's ready to vacate, but officials from both sides declined to share details of the deal.

TMG will likely try to reveal a plan for the site this year and get approvals by 2019, when the medical center is expected to vacate the campus and move to the new hospital on Van Ness. Construction can't start until then.

Supervisor Mark Farrell, who represents the neighborhood, said he negotiated a lengthy community process with CPMC to ensure that residents have a say in the "significant change" coming to the neighborhood. Three blocks away sits the 10.3-acre University of California, San Francisco Laurel Heights campus, which will also likely become a large housing development in about five years.

That's a lot of change for the relatively quiet neighborhood that's considered one of the most exclusive in San Francisco. Farrell said neighbors have expected the site could be developed into condos with ground-floor retail or senior housing. Medical services have been on the site for 120 years.

"It's a transformation that hasn't been seen in decades in this part of town," Farrell said. "This is just the beginning of the process to understand what can be a match between CPMC, the developer and the community. I wouldn't bet on one particular outcome."

The urge to pack condos onto the site will likely be strong. Condos in the district have the highest median sale price in the city at about $1.3 million, according to a report this week by Polaris Pacific.

TMG has shown interest in this part of the city since 2013 when the developer proposed a senior housing project for the UCSF Laurel Heights site. SKS Partners LLC and Prado Group ultimately won that bid last year but also haven't revealed plans.

Neighboring Pacific Heights has also seen a spate of new condos. Another former medical site in Pacific Heights, the University of Pacific's Dugoni School of Dentistry building, was recently transformed into condos by Trumark Urban.

TMG has turned itself into one of the region's most prolific developers – with an appetite for tricky projects, like leading a rebuild at Pier 38 for the Port of San Francisco. It most recently sold the site that will hold the second-tallest tower in the city at First and Mission(but could stay on as the developer) to Chinese developer Oceanwide Holdings for $296 million.