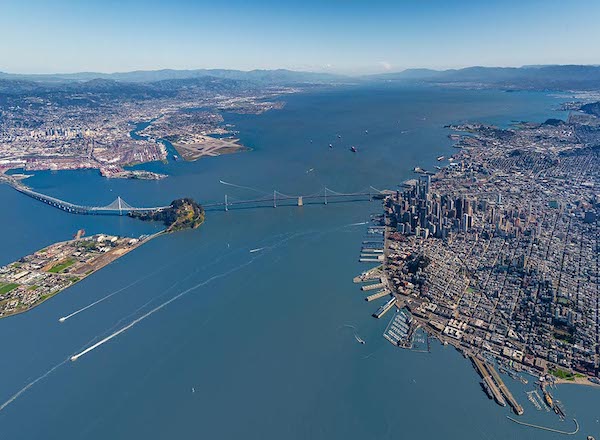 SAN FRANCISCO (Sept. 30, 2021) – TMG Partners, one of the San Francisco Bay Area’s largest mixed-use property developers, announced today the closing of a $220 million separate account to invest in real estate in the Bay Area. The capital was sourced from a single institutional investor and represents TMG’s third venture with this investor. This new capital commitment will support more than $625 million of new investments and will bring the developer’s aggregate investments in its TMG Bay Area Investments program to more than $2 billion.

The venture will seek to acquire approximately $625 million of investments in the San Francisco Bay Area. The capital is flexible and allows TMG to invest in multiple product types including office, R&D, life science, residential, and mixed-use.

“The Bay Area remains one the country’s most competitive real estate investment markets,” said Matt Field, TMG’s President. “This third round of capital will continue to allow us to respond to opportunities with remarkable speed and conviction, and we look forward to finding new opportunities to acquire, improve, and deliver high quality assets in the Bay Area.”

Investments in the most recent separate account included the 300 Lakeside office building which TMG pre-leased to PG&E’s new headquarters and the adjacent development site for 1.3 million square feet of development in downtown Oakland, as well as an office property in Santa Clara. The first separate account invested in three Oakland properties and one San Jose property, two of which were sold following completion of renovations and signing long-term leases with a number of tenants, including Google, Oracle, Arup, Clovis Oncology, and Santa Clara County.

“This separate account follows our two previous successful ventures we formed with this investor six years ago,” said Michael Covarrubias, Chairman and CEO of TMG Partners.  “We’re grateful for the trust and confidence our capital partner continues to place in the TMG team and in our deployment of the account.”

TMG Partners, founded in 1984 and headquartered in San Francisco, is a full-service real estate development and management company. One of the most active developers in the Bay Area Region, TMG has a portfolio of more than 30 million square feet across Oakland, San Francisco, San Jose, and other Bay Area cities that includes a variety of office, retail, residential, and industrial properties, ranging from office campus and multi-story properties in urban-infill locations to mixed-use and single-story suburban buildings. For detailed information, visit TMG Partners.