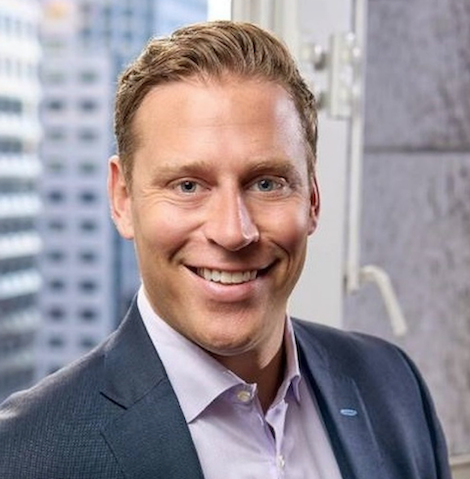 TMG Partners has snapped up Ben Kochalski of John Buck Co. who has led high-profile San Francisco projects like Park Tower and One Steuart Lane, to head up a new Silicon Valley office.

Kochalski joins TMG as a partner after eight years at John Buck Co., where he oversaw the San Francisco office and spent five years guiding the Park Tower development in the Transbay district to fruition. Facebook signed the biggest lease in the city's history for all of Park Tower last May. He also oversaw the development of One Steuart Lane, 120 high-end condos at 75 Howard St. on the Embarcadero that are now under construction.

He'll take on the new role as partner in mid-April, Kochalski said.

"It's an exciting next step for me with TMG expanding the already well-established presence they have in the South Bay," Kochalski said, adding that he was "very thankful" for his time at John Buck Co. "I'm just excited about all the opportunities given the tenant demand in the market and the amount of product."

Kochalski will be primarily focused on expanding TMG's business in the region, including new acquisitions and development opportunities. He'll be working from TMG's San Francisco offices before the company establishes a presence in the South Bay; TMG is looking for space now, he said.

The San Francisco-based company has a massive office development in downtown San Jose near Diridon Station. Otherwise, its flagship properties are in San Francisco and Oakland, where the developer has been buying up or repositioning office buildings. Overall, TMG has developed more than 30 million square feet in the Bay Area.

"Ben's combination of market knowledge, development strategy and entrepreneurial aptitude is the precise addition to our team," said TMG's Chairman and CEO Michael Covarrbuias in a statement.

Before John Buck Co., Kochalski was a director with InSite Real Estate and several construction companies. He attended the Ohio State University and received an M.B.A. from Northwestern University's Kellogg School of Management.