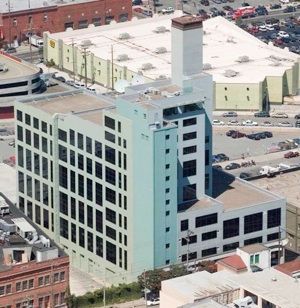 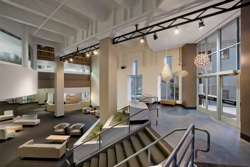 The real estate development and management company has acquired The Hamm's Building at 1550 Bryant St. in San Francisco and plans $15 million in upgrades. The former brewery has a singular 12-story tower and sits in a location with a similar funk factor to the wildly popular South of Market District.

At the same time, the developer is in the early stages of gaining entitlements from the city of Mountain View to redevelop an existing 118,000 square-foot building on a site that fronts U.S. 101.

The company is seeking to build two six-story office buildings totaling 385,000 square feet at 685 Clyde Ave., according to a city planner. The location is about a mile north of the freeway's intersection with state Route 237, where San Francisco developer Jay Paul Co. has also just applied to the city of Sunnyvale to build 770,000 square feet of high-rise offices at a location near his existing Moffett Towers development.

TMG likely could not start the Mountain View project for at least two years, given the entitlement work ahead, said Scott Plambaeck, a senior planner with the city.

TMG did not return calls regarding the Mountain View project.

The deals come only weeks since TMG announced big leases with Macys.com and Riverbed Technology for its 680 Folsom St. redevelopment in the city, also in the SoMa district. The Bryant Street building, which is 85 percent leased, is also close to 650 Townsend St., a building TMG upgraded and recently sold to gaming company Zynga Inc.

The Hamm's Building is 183,000 square feet located south and east of San Francisco's South of Market District near Showplace Square and the Potrero neighborhood. Originally constructed in 1915 by Rainier Brewing Co., the building was a brewery from 1915 until 1975. It was vacant for 10 years before it was renovated into an office building.

The seller was Amerimar Enterprises, which bought the building in 2007 and renovated the lobby, completed a seismic upgrade and made various tenant improvements, according to a prepared statement about the Hamm's Building sale from TMG.

TMG did not disclose a purchase price, but said that it planned the $15 million in upgrades, "to further reposition the building's creative space."

Bill Cumbelich, a principal at CAC, told the Fisher Center Real Estate Conference in San Francisco on April 30 that this area of the city is benefitting from the diaspora of technology tenants pushed out of the South of Market District by rising rent and plummeting vacancy. "This is the best time I have seen in my 30-plus years in San Francisco," he said. "Because of the job growth, there is a real renaissance in a lot of ways for downtown San Francisco."