Top 10 LEED-Certified Buildings in California in 2019 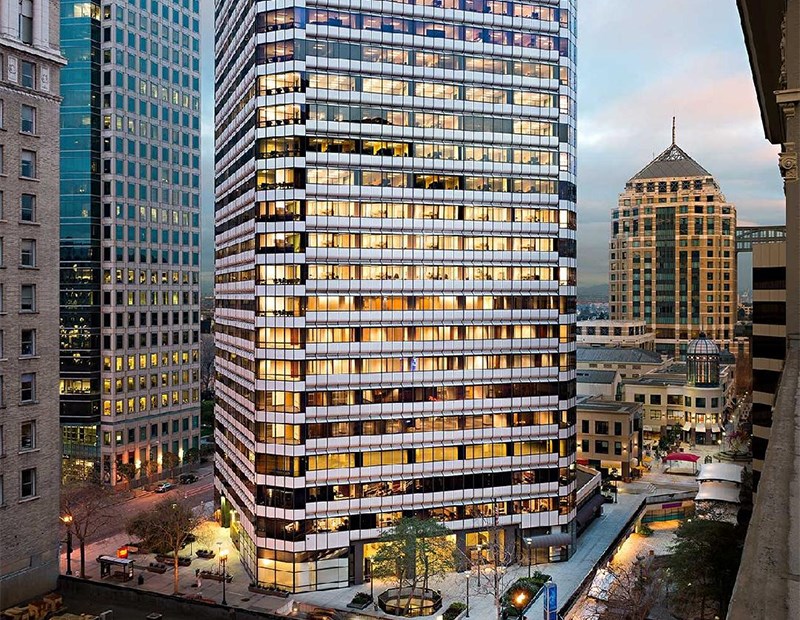 A roundup of noteworthy LEED Platinum-certified projects in the Bay Area.

After the layover in which we reviewed the top 10 LEED-certified office buildings in Texas, we continued our search for 2019’s top-ranking LEED-certified buildings and made a stop in California. The state occupies the 10th position in USGBC’s top states for LEED certification in 2019, a ranking that is calculated using the square feet per capita formula. Even so, California boasted the highest overall number of LEED-certified projects last year (400), totaling nearly 81 million square feet.

Using data from the U.S. Green Building Council’s official website, we sorted a list with the highest-scoring projects and found that throughout the state, in 2019, more than 70 projects—ranging from wellness facilities to large office towers—received the acclaimed Platinum level of certification. Of these, nearly 30 don’t have scorecards available to the public, and as such those weren’t included in our analysis. Drilling down further, we extracted the LEED-certified building list with office developments that have scored the most score points and compiled the list below with details about each project.

The 25-story tower located at 55 Second St. in the Financial District achieved the highest score of 89 points and also boasts an Energy Star rating of 94. Previously, the KPMG Building had a LEED Gold certification issued in 2010 while under Hines’ ownership.

The trophy tower, which was sold last year to Paramount Group Inc. for $408 million, or $1,054 per square foot, was completed in 2002. It had been originally proposed by Jaymont Properties in 1989, but the recession in the early 1990s postponed it for about a decade, and it finally broke ground in May 2000.

Moffett Towers II is a five-building, 1.8 million-square-foot development at the former 47.4-acre Lockheed Martin site in Sunnyvale. It is the largest spec campus targeting LEED Platinum certification in Silicon Valley. Last year’s Platinum certification was awarded to the second phase of construction, which was completed last May. Specifically, Building 5 scored 87 points, Buildings 3 and 4 had a slightly lower scorecard with 82 points, and the amenity building received 86 score points.

The campus was designed by DES Architects + Engineers and built by Jay Paul Co.—also the building’s owner. The structures feature a pattern of glass and metal panels with clear glass elements that maximize the indoor-outdoor connectivity. It also contains more than 40 percent of landscaped open space and an urban forest with more than 200 mature trees. The Amenities Building is equipped with a solar panel array that produces 155,000 kilowatt-hours per year.

All three buildings in the second phase of construction are leased by Facebook. The first two buildings of the office campus are occupied by Amazon.

The 146,000-square-foot building is built on the site of a former orchard at the intersection of Mathilda Avenue and West California Avenue, which is why some call it Grove 221. To reflect the site’s history, artist Stephen Galloway created a 2,000-square-foot laminated glass work of art depicting trees on the building’s east façade.

The property serves as the headquarters of genetic testing startup 23andMe. In March 2019, Stockbridge Capital Group acquired it for $183 million.

Built on the site that housed Facebook’s headquarters between 2009 and 2011, 1200 Page Mill Road is now one of the first LEED Platinum-certified developments in Stanford Research Park. Dubbed the Innovation Curve Technology Park, the business campus affiliated with Stanford University is built on a 13.5-acre site and comprises four buildings organized around a central courtyard. The fourth building on this campus, a 76,560-square-foot asset, received LEED Platinum certification last year with a scorecard of 85 points.

Designed by HOK Architects and leased entirely by Apple, this 18-acre redevelopment located at 222 North Wolfe Road in Sunnyvale, Calif., less than five miles from Cupertino, Calif., prioritized sustainability and received the LEED Platinum award for four of its five buildings (the 289,232-square-foot Building 3 received the certification with a scorecard of 83 points in April 2020). Comprising three six-story connected buildings, the first three buildings were awarded the LEED Platinum rating in 2019 with 83 and 84 points. In other words, the three-clover-leaf structure and the smaller building all hold USGBC’s highest rating.

To achieve this level of sustainability, this Jay Paul Co. asset, also dubbed Apple’s Campus 2, was designed to achieve net-zero energy cost and eliminated surface parking using under-building podium parking and a standalone garage. This allowed for the preservation of 53 percent of the site area. In addition to this open green space, the project also features more than 90,000 square feet of rooftop gardens. These are filled with native wildflowers and perennials that collect and treat rainwater runoff in bioswales. Solar heat gain and glare are avoided through the concrete sunshade overhangs. The campus has a dedicated shuttle service, transit service, an on-site bicycle parking and bicycle repair shop, as well as two miles of on-site walking and bicycling paths.

Two of VMware’s other buildings won the LEED Platinum certification with a scorecard of 83 score points each. Located at 908 Arastradero Road and at 3401 Hillview Ave. in Palo Alto, Calif., VMware’s buildings are part of the company’s ‘campus in the forest’ that consists of 18 1970s-era buildings spread across 105 acres in Stanford Research Park. The expansive VMware establishment maintained the existing trees and planted 2,500 additional trees as well as native plants, turning the former six-building park into a Zen oasis with nature trails, outdoor gardens and water features, with a special focus on sustainability and energy efficiency.

The buildings boast a 48 percent improvement on baseline building performance ratings; 13 percent of the buildings’ energy needs are met on-site through solar photovoltaic panels, and 35 percent stems from power purchase agreements. Other sustainable systems installed reduce 50 percent of potable landscape water use, in addition to a 35 percent reduction in baseline indoor water use. The campus has 56 electric vehicle stations on-site.

Two of Columbia Property Trust’s six-story assets that comprise the campus dubbed University Circle totaled 83 and 82 score points, respectively, for their recertification—the first LEED certifications date back to 2010 and were at the Gold level. The properties are part of a three-building campus that the REIT acquired in 2005, designed by Hoover Associates and built between 2001 and 2003.

The seven-story property owned by The Swig Co. was built in 1925, designed by architects Maurice Couchot & Jesse Rosawald and renovated in 1985 and 2007. Last year it was awarded its second LEED certification with a scorecard of 83 points.

The 207,809-square-foot office asset features high ceilings and large windows, an outdoor terrace for tenants, bike storage, locker rooms and a shower room. The building’s tenants, which include WRNS Studio, Stride Health, VMware and One Medical Group, are involved in a recycling program.

The 1976-built 24-story property, designed by Cesar Pelli and developed by Turner Construction, scored 82 points for its second LEED recertification. It is one of the three buildings in the Bay Area that has access to BART via a direct entrance to the 12th Street Station through the building lobby.