Top 10 Multifamily Projects Under Construction in the Bay Area 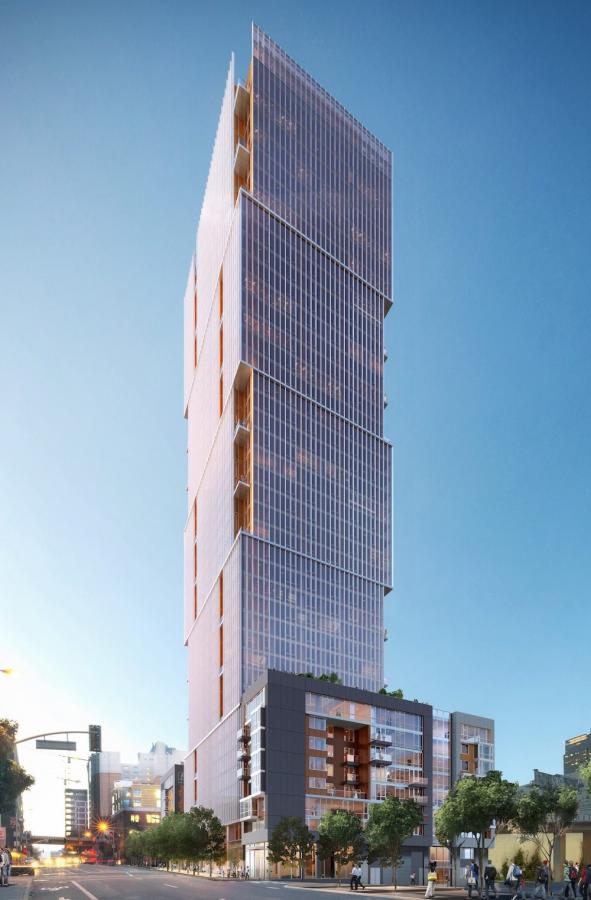 California was one of the first states to impose stay-at-home orders and social distancing rules on construction sites, forcing developers to push back completion dates. San Francisco’s year-to-date deliveries accounted for 0.6 percent of existing stock, less than half of the 1.3 percent national average, according to Yardi Matrix data. Despite that, the metro has delivered 11 properties, totaling roughly 1,550 units.

Some 23,000 units were under construction across 125 properties as of August, with another 120,000 in the planning and prospective stages. Most new projects target upscale renters and include luxury amenities, despite the metro’s affordable housing woes. One solution policymakers and developers have implemented to address the issue is setting aside a percentage of units as affordable, with half of the 10 largest properties currently underway marked to include affordable apartments.

At the end of last year, Wood Partners broke ground on Alta Buena Vista in Alameda, Calif., with Helaba Bank providing $122 million in construction financing. The 372-unit waterfront project is being developed on the site of a former Del Monte warehouse originally completed in 1927. Located at 1501 Buena Vista Ave., the project is some 10 miles from the metro’s downtown. It will include studio, one- and two-bedroom apartments, as well as two- and three-bedroom townhomes, and is expected to be completed at the end of 2021.

The Skylyne at Temescal. Image courtesy of Boston Properties

Boston Properties is constructing The Skylyne at Temescal, a 402-unit green tower in Oakland, Calif., located within walking distance of the BART MacArthur Station, less than a mile from Interstate 580 and a little over 11 miles from downtown San Francisco. With Greystar handling leasing, the property is set to open at the end of the year. The 25-story building and adjacent nine-story component will comprise studio, one-, two- and three-bedroom apartments, with 45 units reserved as affordable. With a rooftop terrace and pool, the development will include some 13,000 square feet of retail and three floors parking spaces.

Holland Partner Group landed $236 million in construction financing from Newland Real Estate Group to develop the 419-unit Vespr in Oakland. The 18-story green tower seeks LEED Silver certification and is slated for delivery in May 2021.

Located at 277 27th St., less than a mile from Interstate 980, the development will replace the existing car dealership. The building will deliver 65,000 square feet of retail and some 330 parking spots. Holland Partner Group is also part of the partnership developing Town & Country San Diego, a 40-acre urban resort hotel and conference center in Kearny Mesa, San Diego’s second-most-active submarket.

With a completion date set for January 2021, Embark will include 422 units in a four-story building at 44762 Old Warm Springs Blvd. in Fremont, Calif. Fairfield Residential received $30 million in construction loans from Citibank and self-financed the project with $13.7 million. Within walking distance of the Warm Springs/South Fremont BART station, the project will include 8,000 square feet of retail, 102 affordable units and 721 parking spots.

Dollinger Properties is building the largest housing and retail project in Hayward, Calif., in 20 years. The mixed-use development broke ground at the end of September last year. With $155.5 million from Wells Fargo, the project is being developed on the lot of the former Mervyn’s department store headquarters. Once completed at the end of 2021, Lincoln Landing will include 474 units and 85,000 square feet of retail space at 22301 Foothill Blvd.

Aiming for LEED Gold certification, the 492-unit Station Park Green is scheduled to come online in December and will include studio, one-, two- and three-bedroom options, with 49 units set aside as affordable. Essex Property Trust’s four-building project is located at 1700 S. Delaware St. in San Mateo, Calif., and will include 25,000 square feet of retail, 777 parking spots and luxury amenities such as electric vehicle charging stations, a rooftop terrace and bike storage. The development is within walking distance of Hayward Park Caltrain station and 11 miles from the San Francisco International Airport.

Trinity Properties’ fourth phase of 1188 Mission at Trinity Place, located less than a mile from downtown San Francisco, is currently under construction. The 17-story tower is scheduled to come online at the end of 2022, and will comprise one- and two-bedroom apartments for a total of 501 units, with 74 of them being affordable. Prudential Financial provided $175 million in construction financing in November 2017.

Essex Property Trust, together with TMG Partners, BRIDGE Housing and Avant Group, is working on the largest residential development in China Basin, the second busiest submarket in San Francisco. Financing was received in form of $132 million bonds from the city and county of San Francisco, with U.S. Bank serving as trustee.

Located less than 2 miles from the metro’s downtown, 500 Folsom will include studio, one-, two- bedroom units and penthouses. The 42-story green building is being constructed to meet LEED Silver certification standards, will include 109 affordable units and is set to be delivered by the end of the year.

The Asher. Rendering courtesy of The Asher

With $214.8 million in construction financing from Wells Fargo, Carmel Partners is constructing the 632-unit The Asher in Fremont. Located at 1031 Walnut Ave., the community will be within walking distance from the Fremont BART station and less than 2 miles from interstates 980 and 880, which offer connections to the Silicon Valley and the East Bay.

The development will comprise one-, two- and three-bedroom apartments in two, four-story wrap buildings and is set for completion in January next year. Amenities will include a coworking space, bike shop and a park that will span the width of the development.

The metro’s largest project currently underway is another Carmel Partners project—the 633-unit Atlas. Once completed, the development will be the tallest residential building in downtown Oakland. The 40-story tower received $245 million in construction financing from Wells Fargo Bank in 2018, and, with leasing currently under way, is slated for completion by the end of the year.

Atlas will be located at 385 14th St., just steps from Lincoln University and the 12th Street BART station, a mile from Lake Merritt and 17 miles east of downtown San Francisco. The building will include 17,350 square feet of retail space and luxury amenities such as a lounge and fireplace on the top floor, a terrace pool and spa and an al fresco dining area.