Why 'certainty' matters, according to the developer of downtown San Jose's huge Platform 16 office project 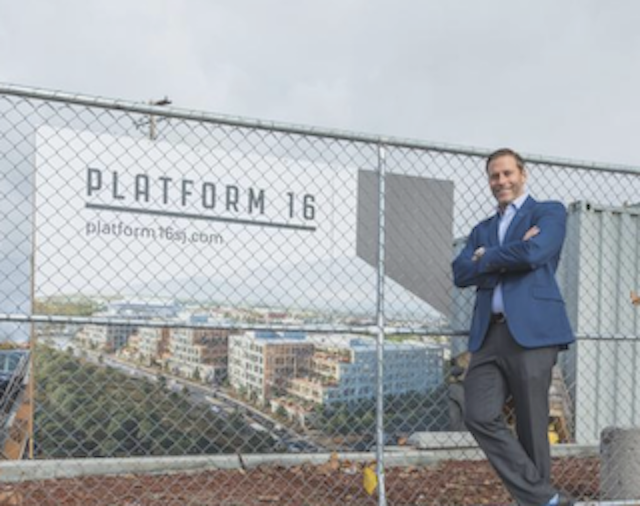 One of the biggest projects set to break ground in downtown San Jose this year will be Platform 16. TMG Partners' Ben Kochalski explains why it made sense for the San Francisco-based developer to come to San Jose.

Before joining TMG in March 2019, he spent eight years at commercial and residential real estate developer John Buck Co., where he oversaw its San Francisco office.

Five of those years were spent guiding the Park Tower development in San Francisco’s Transbay district from start to finish. Even before construction had wrapped up, Facebook agreed to lease the entire 43-floor skyscraper, the largest deal in San Francisco history.

Now at TMG, Kochalski is focused on expanding the developer’s presence in the South Bay. He oversees the development of Platform 16, a fully entitled, 1.1 million-square-foot office campus near Diridon Station and adjacent to Google’s planned mixed-use village stretching through downtown’s west side.

TMG and Valley Oak Partners formed an agreement with real estate investment trust Boston Properties in January 2019 to co-develop the three-building office project at 440 W. Julian St., which is slated to break ground sometime this year.

While Platform 16 has not yet been pre-leased, Kochalski seems confident that demand for downtown office space will remain strong and that downtown San Jose will continue offering what other Caltrain-served markets in Silicon Valley can’t.

Speaking to an audience of real estate insiders at a NAIOP Silicon Valley event on Dec. 12, Kochalski noted that in TMG’s view there are 30 tenants in the Bay Area who collectively seek about 15 million square feet of space. “We think anywhere from 10-15 of those requirements absolutely would consider downtown San Jose,” he said. “That’s about 5-7 million square feet of demand.”

Kochalski recently came down from Hillsborough to do a sit-down interview with the Business Journal to discuss Platform 16 and the downtown San Jose market. That conversation follows and has been lightly edited for length and clarity.

What’s the status of Platform 16?

There is sensitivity around the term “breaking ground.” It’s a big marketing term. So we aren’t prepared right now to communicate when we’re breaking ground. However, we are (at the site) mobilizing and beginning the process of construction commencement. (Note: Kochalski confirmed later that Platform 16 is slated to break ground sometime this year).

What is TMG’s short-term and long-term plan for downtown San Jose?

And how about from the city’s standpoint when it comes to the appetite for downtown development?

The Prop M requirements (a citywide cap that limits new large office development to 875,000 square feet annually) in downtown San Francisco govern how much new development can occur. And it can create an environment where supply and demand is not able to meet in the middle.

How would you describe the balance between residential supply, office development and the number of different employers in downtown San Jose?

How would you gauge where we are in the development cycle right now?

In 2007 we thought that it was too frothy, so we got out of the market.

In 2015, when certain members of the market were pausing, we thought that there was still room to run. Today, prices are very high, but the tenant demand is still very strong. Those metrics have always been there this entire cycle and so it’s incredibly hard to predict where we are within the cycle. But we think that this is still a good point to continue investing.