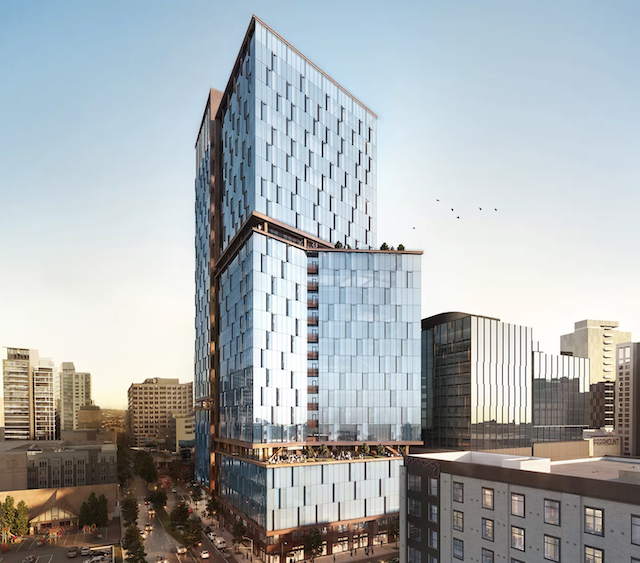 SF developer wants a piece of Silicon Valley in The Town

Developers are preparing to break ground on an ambitious 28-story office development on Telegraph Avenue in Oakland, turning a flat and underused block in the middle of Uptown into what the city hopes will be a crowning attraction for tech investment.

Meanwhile, those selling the building are trying to parlay Uptown’s neighborhood popularity into sales.

Dubbed Telegraph Tower, the building at 2300 Telegraph Avenue stacks 875,000 square feet of office space onto two parcels that are presently a gas station and a parking lot. SF-based TMG Partners applied to develop the properties in January of 2018.

Michael Covarrubias, chief executive officer of TMG, said at the time that his company hoped to “balance out the Bay Area’s traditional regional job centers”—which is to say, he wants to bring downtown Oakland more of the same development happening in San Francisco and Silicon Valley. 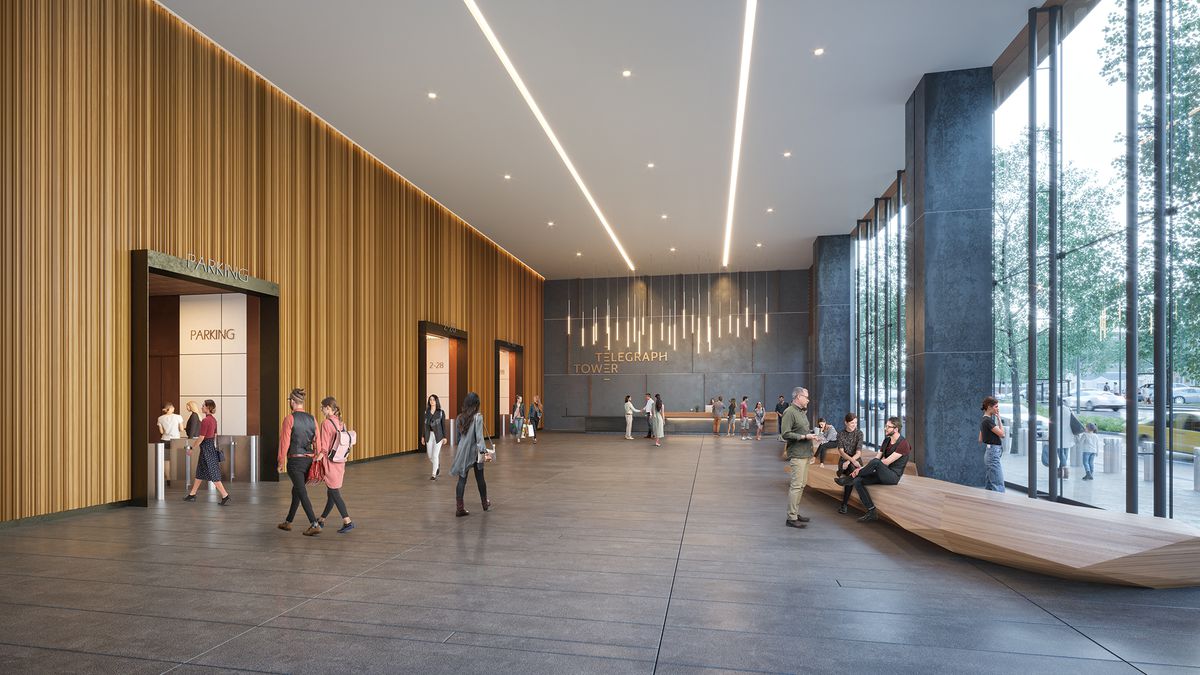 On Wednesday, architecture firm Solomon Cordwell Buenz (SCB) released new renderings of the project, talking up design elements like the building’s angular form and the “industrial-inspired” metal seam visible on the exterior, as well as the “virtually column-free” interior space and trendy Nana Walls—it seems the tech set have not yet gotten over their infatuation with big, open floor plans.

The high-profile project is a score for the city, with Oakland Mayor Libby Schaaf calling it “stunning.”

But a bigger question for area residents is how will the tony tower might affect the neighborhood.

TMG have bet on the in-demand Uptown locale to help push the new building to buyers, although it is neither shrewd nor accurate for TMG to call the Uptown neighborhood “the Bay Area’s best-kept secret.” (A secret to who, exactly?) 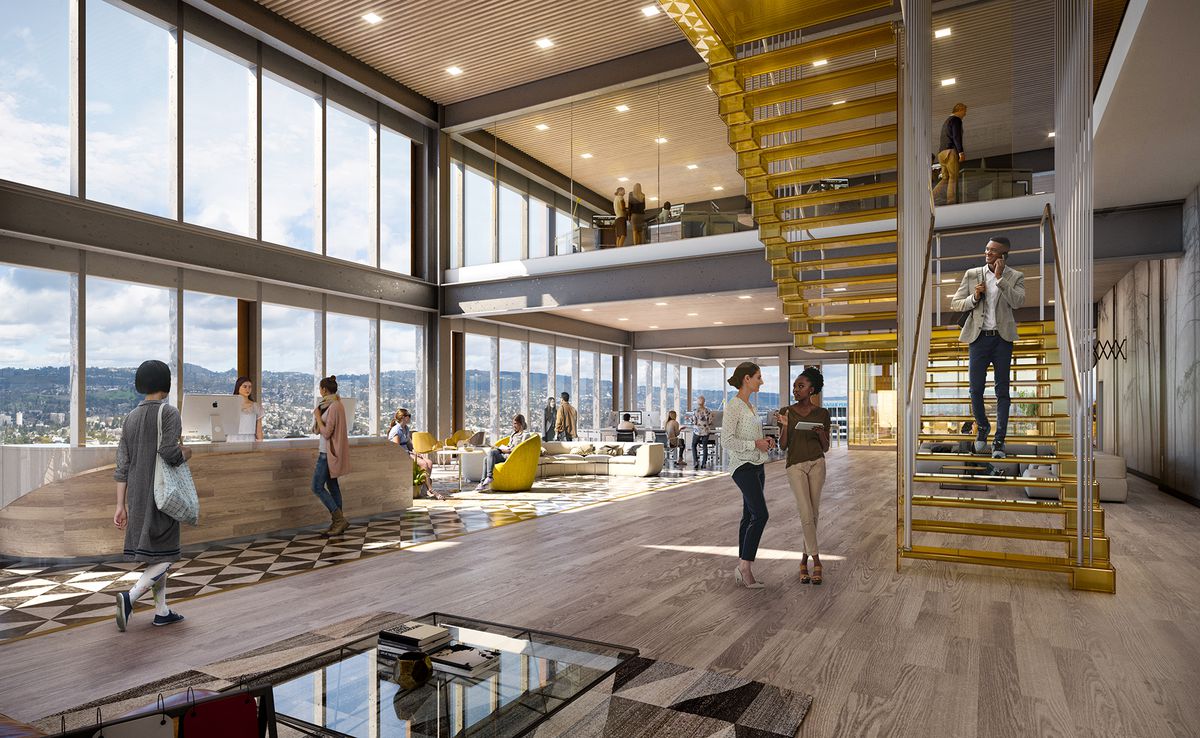 The group also notes that companies can inspire employees by “immersing your creative workers in the Uptown Oakland arts scene,” pushing the building’s proximity to Art Murmur and the fact that they hired local artist and Burning Man regular Karen Cusolito to produce the lobby art.

In truth, this sort of big, tech-centric new development is the thing that gives Oakland artists and low-income residents anxiety. (For what it’s worth, the building does include new a gallery space and a theater in a bid to add some tangible assets to the art scene.)

Construction could begin at some point early this year. 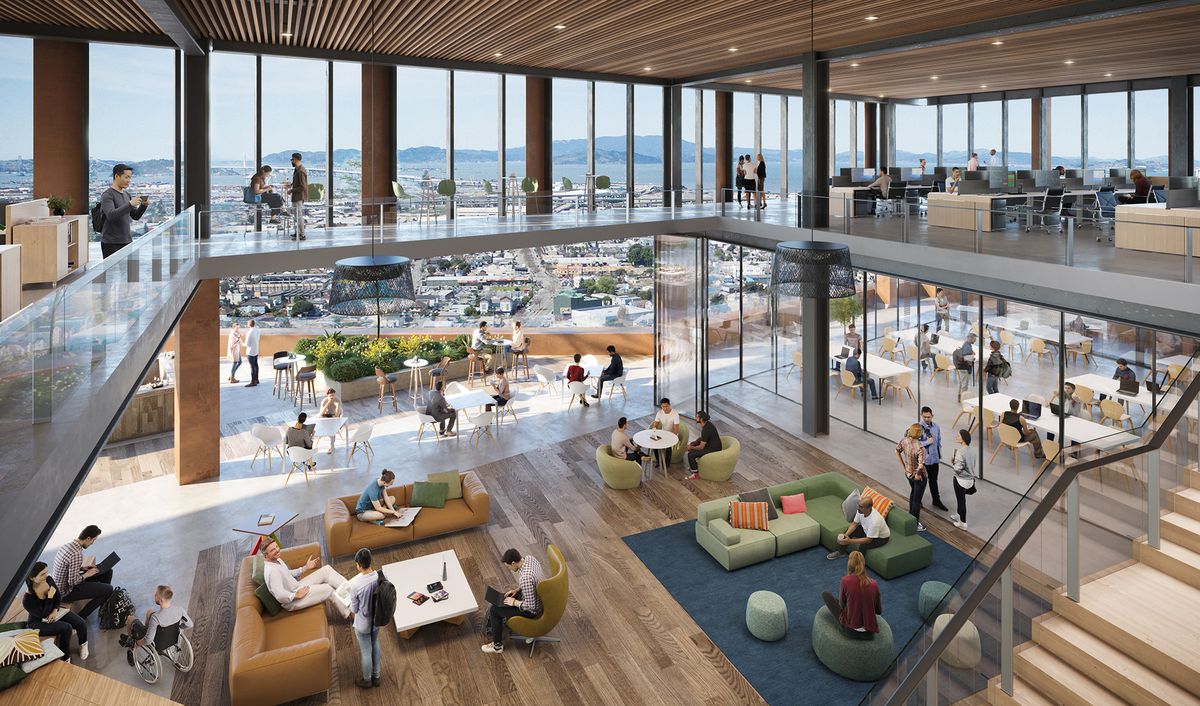 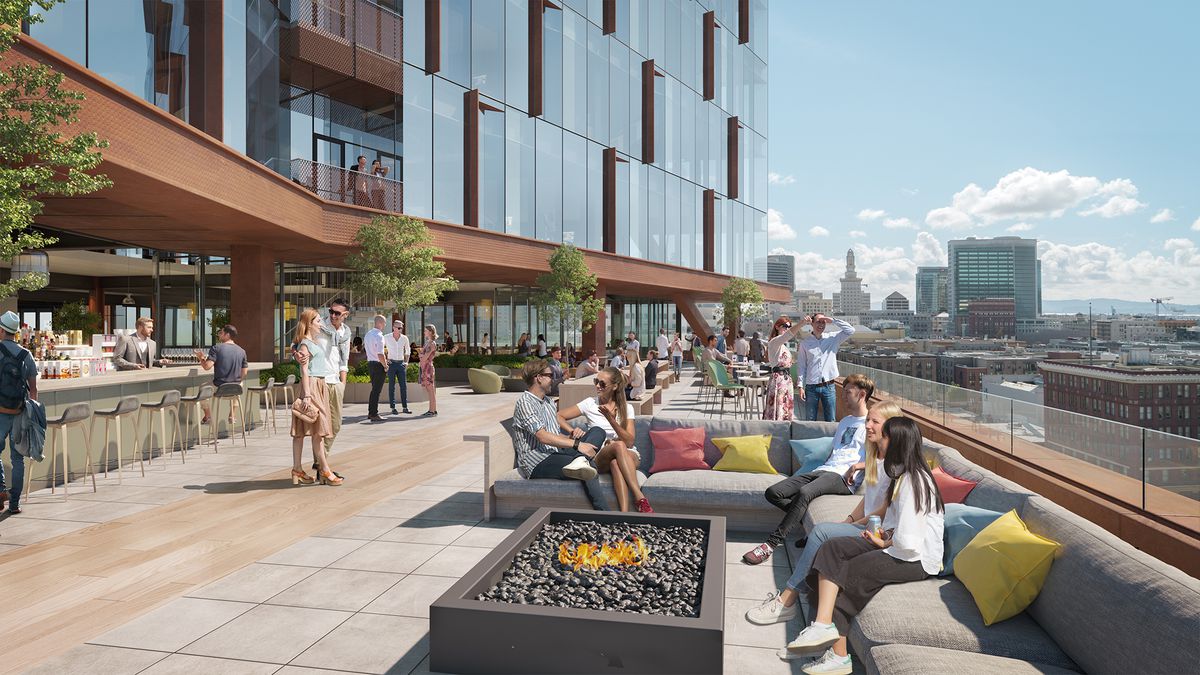 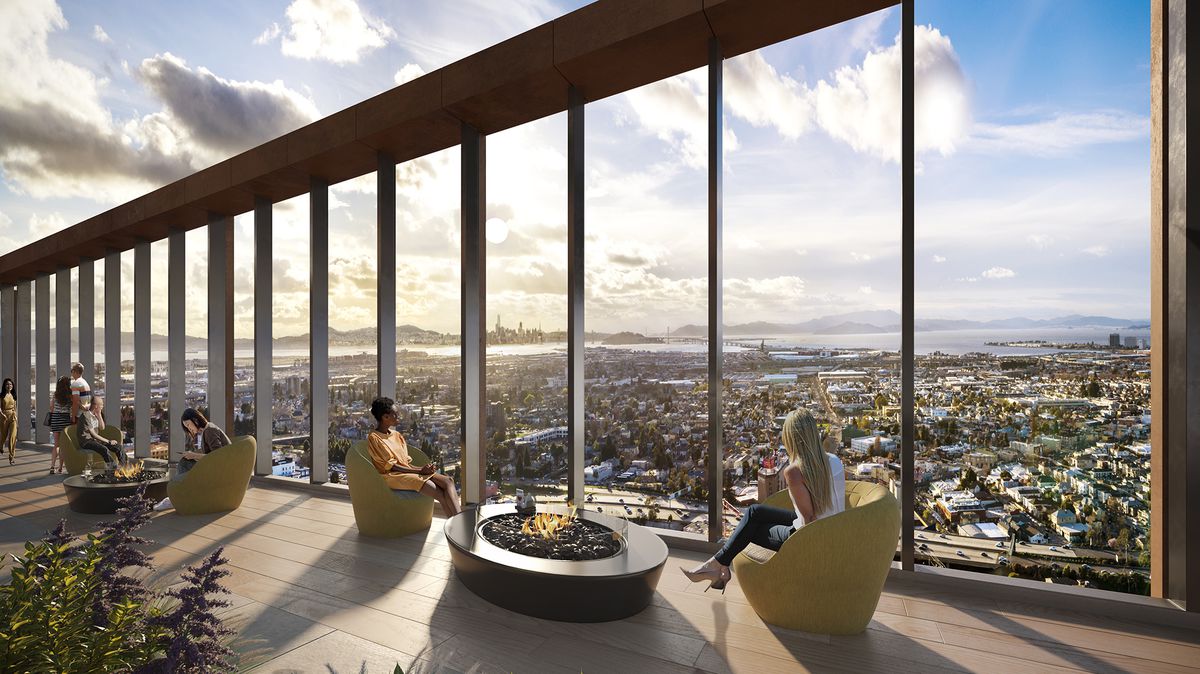